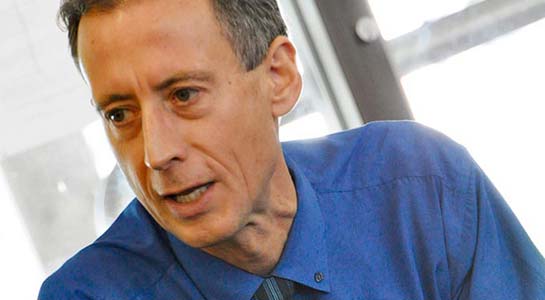 Prominent GLBT rights campaigner Peter Tatchell has raised the possibility that Jesus Christ was involved in a homosexual relationship with a young man.

A leading UK GLBT and social justice campaigner has reopened the debate around Jesus Christ’s sexuality, raising the possibility that Jesus was engaged in a relationship with a young man he “raised from the dead.”

In an article published on his website, Peter Tatchell asks the question “Was Jesus queer? We don’t know. But it is a possibility that cannot be ruled out.”

“One version of St Mark’s gospel – which is still the subject of academic dispute – alludes to Jesus having a homosexual relationship with a youth he raised from the dead.”

He points to research from a US Biblical scholar, Morton Smith of Columbia University, who found an early manuscript including the passage: “The youth came to [Jesus] wearing a linen cloth over his naked body. And he remained with him that night, for Jesus taught him the mystery of the Kingdom of God”.

Mr Tatchell continues: “What we can say for certain is that the standard, accepted Biblical narrative gives us no information at all about Jesus’s sexuality.

“In the absence of any evidence – let alone proof – that Jesus was heterosexual, the theological basis of Church homophobia is all the more shaky and indefensible.”

“How can established religion dare denounce homosexuality when the founder of its faith was himself a man of mysterious, unknown sexuality who could, for all we know, have been homosexual?”