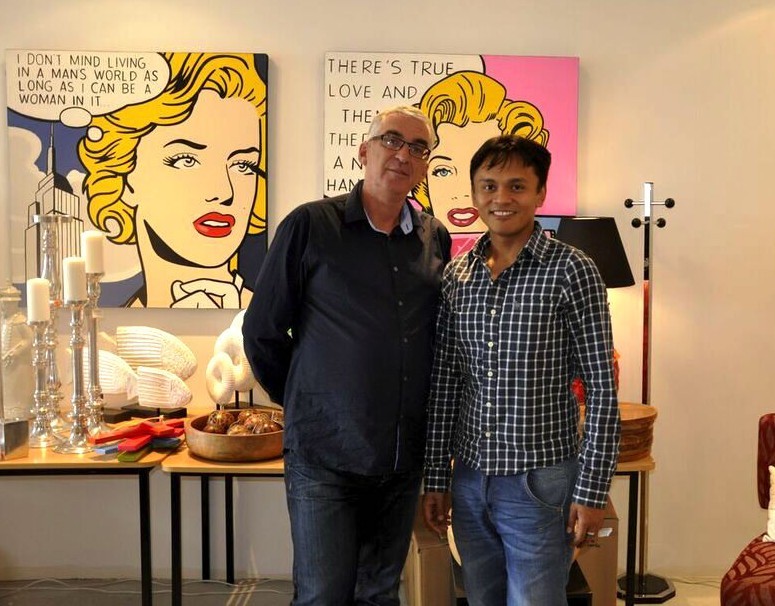 Richard James and his fiancé Matt Azmy have been together for three years. After meeting Richard in Indonesia, Matt moved to Auckland, New Zealand where he works as a fitness instructor. The couple got involved in selling homewear products after noticing a gap in the New Zealand market for the same sort of bright and eclectic products found in Indonesia. The first MEZ store set up shop in Victoria Park in 2014.

Since setting up shop in Ponsonby, the store has already found support from the local gay community. Matt says the store has been “a hit with older gay men who will often check the store out when they’re in the area for coffee.”

The bulk of MEZ’s products are imported directly from Indonesia, with a few items shipped from India. James says the pop up artwork, produced by a gay American artist living in Indonesia is the biggest seller in the store.

James says the basic concept of the store is “more interesting homewear at a more affordable price. The advantage of us importing our own products is that we can cut out the middle man.”