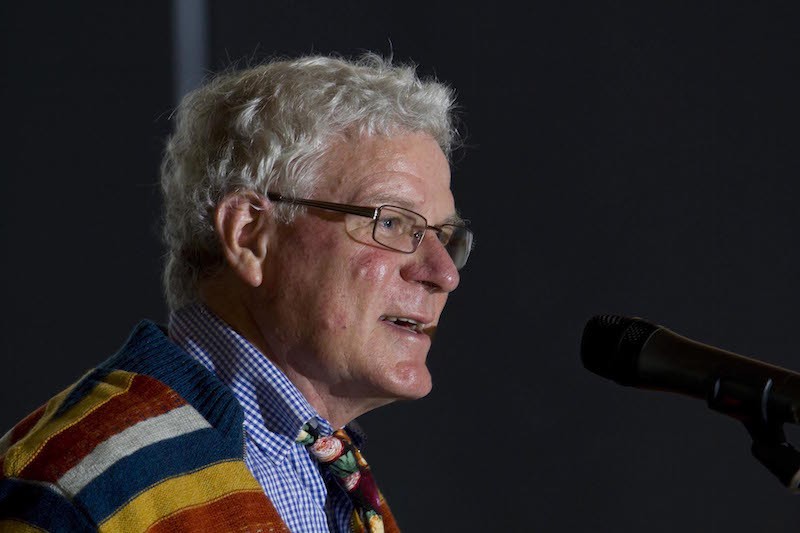 Levi Joule chats with Auckland Rainbow Community Church board member Peter Lineham about the church’s Christmas message to the GLBT community and the role of religion in 2015.

“We love to celebrate Christmas at the Auckland Rainbow Community Church,” Peter Lineham exclaims excitedly. Peter says the GLBT inclusive church has focused on “a sense of community from which people can draw  hope and life.”

“We often see how people who feel pretty despondent can find a huge sense of purpose when they realise that there is love and hope.” Peter notes.

“This year saw the Baptist denomination threaten to withdraw the right to marry people from pastors who marry same sex couples, something Peter spoke against at the conference. “When I spoke against this measure, I felt that the only response was to talk of myself and my own relationship and tell the story of how I had been treated by other denominations and organisations in the past. I wondered what Jesus would make of that sort of behaviour.”

Peter says Christianity faces its own set of challenges in attracting new parishioners. “A lot of young people never give Christianity or any kind of religion a thought, and quite a lot of gay people are pretty angry with religion. Most people in our fellowship have been through feelings like this themselves, and when they have confronted condemnation and misunderstanding they quickly walk away. But I think that there are lots of examples of religion which really does work in helping people and giving them a kind of anchor in life. I think a lot of this is at a personal level rather than as part of a church. A lot of the decline is a decline in church going, rather than belief and longings.”

There is reason to be optimistic however, Peter notes the change in attitudes from some other denominations in its treatment of GLBT people. “There have even been hints of hope even in that ultimate organised religion – the Roman Catholic Church. But in the meantime what intrigues me is that young Christians are much more accepting than their priests and ministers, and that gives me some real cause to hope.”

Peter doesn’t think there will be the same sort of mainstream participation in churches in the future, but says that’s not particularly a bad thing. “My sense is that when churches allow room for people’s own sense of search for spirituality and don’t shove answers down their throat, they do pretty well”
“I think in our present culture people prefer to belong to something more intimate and meaningful and for gay people that is great.

Whatever one’s view of Christianity, Peter says we can all be thankful for the holiday it has given us. He explains; “A lot of people have very negative views about Christianity, but always remember that Christmas; the whole sense of joy and goodwill towards people, comes directly from a Christian vision of what it is to live well!”