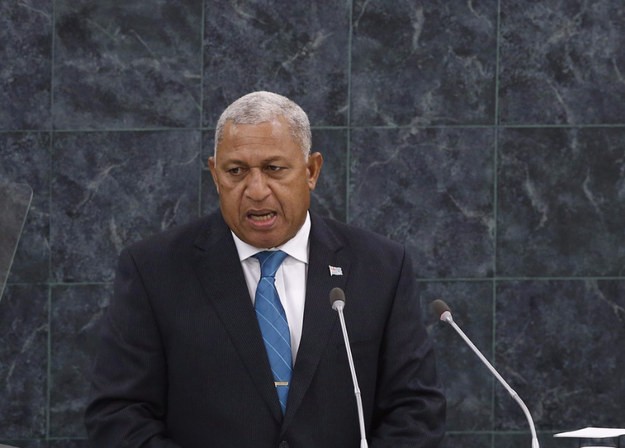 Fiji’s Prime Minister says that same-sex marriage is “rubbish” and that GLBT people in Fiji who want to get married should move to Iceland and “stay there.”

According to Radio New Zealand, Frank Bainimarama’s comments came in response to the head of the Fiji Women’s Crisis Centre, Shamima Ali, asking if Fiji would be legalising same-sex marriage anytime soon.

“Not in her lifetime and not in ours,” said Bainimarama. “Fiji does not need that rubbish.”

He says that if a woman wants to marry another woman, “they should go and have it done in Iceland and stay and live there.”

Shamima Ali said the PM’s comments showed “extreme homophobia and really a total disrespect for a community in Fiji.”