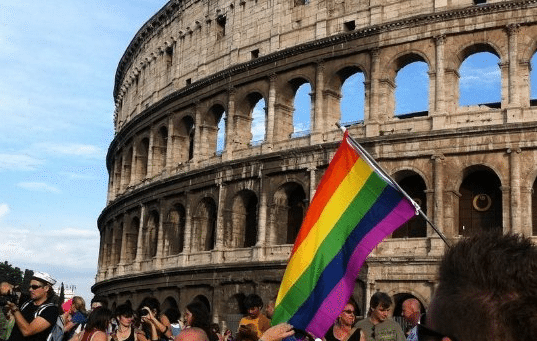 The move comes as the most recent development in Prime Minister Matteo Renzi’s goal to align the country with the vaguely-defined region of western Europe.

However, the bill’s journey into passing has not been a smooth one. It was in the air for weeks before the upper house allowed it to pass – albeit, without the important adoption clause, which would allow same-sex couples to adopt children.

Nonetheless, this is a historic change for Italy, which until now had no legal protections or recognition for same-sex couples.

Despite this, some LGBT community groups have called the bill a betrayal, due to the omission of the marriage law.

Flavio Romani, president of the LGBT rights group Arcigay, told Reuters: “This text once again does not take into consideration children who need definite laws and protection.

“The law that has come out of all this is lacking its heart.”