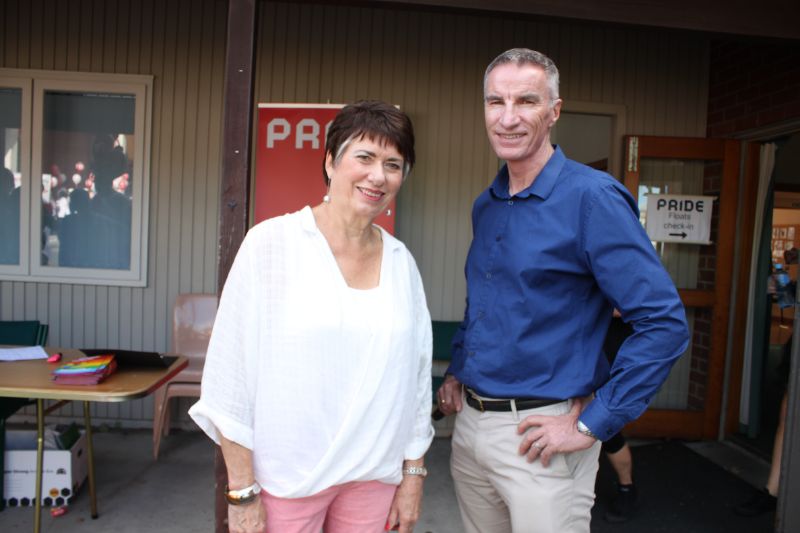 Thirty years ago is more than a lifetime for some. But the passing of Homosexual Law Reform (HLR) in 1986 happened in my lifetime. And in my country. For many older gay people this event was a formative experience in our lives. Watching “The Thin Edge of the Wedge” as part of the Pride festival brought back many memories, some of them raw and painful.  This collection of archival footage of from the  HLR period was a stark reminder that the leaders of the movement against HLR were obsessed with sodomy to an extent which seems almost comical today. At the time it is easy to understand why many gay men found the sudden attention on their lives most unwelcome, and especially the focus on their alleged sexual proclivities. This was a society where any discussion about sex was regarded as unseemly, let alone being explicit about what two men may do sexually.

Even though I’d effectively lived as a gay man (though a very guilt-ridden one) in London some years earlier, at this time I’d returned to NZ and was in a heterosexual relationship. There was nothing –and I mean nothing- that I could have done at the time that would have worse than to reveal that I was homosexual. Death –or exile, another frequently used escape mechanism- would have been preferable to me at the time than to “come out”, and it was only as a result of falling in love with a man some years later that my coming out was made possible.

It’s hard to describe the repugnance with which any suggestion of effeminacy in men (let alone homosexuality) was met when I was growing up in the pre-HLR era. For a man to express feelings or emotions was disapproved of in a society where the strong pioneering archetype had been essential to the building of the nation (and the fighting of its frequent wars). Not being interested in rugby was sufficient to raise doubts and being the head librarian at college and entering the school’s pavlova cooking competition, as I did, was definitely not the recipe for a happy life!

In an era where to be openly gay took enormous courage those who promoted HLR were incredibly brave. Hopefully this year we might get to hear more of the stories of the remarkable individual gay people who were prepared to be the public faces of HLR. Fran Wilde MP (the sponsor of the HLR Bill) is the outstanding political figure from this period and her poise and grace while being subject to the most vile attacks make her worthy of a sainthood. Also to be remembered are the MPs who were prepared to support HLR in spite of the baying crowds on the steps of Parliament with their claimed 800,000 signatures against HLR.

This was also the era of AIDS and at least one man featured in The Thin Edge of the Wedge succumbed to AIDS. Those of us who are still alive are blessed not just with lives denied to too many gay men, but also to have experienced the transformation of New Zealand into a much gentler and more accepting society. Let’s not forget that same-sex couples across the Tasman still cannot marry, let alone that gay people in many countries still fear for their lives just because they are gay.

We have much to be thankful for in New Zealand and on the 30th anniversary of HLR it is fitting that we recall just what a huge debt we owe to those who campaigned to make the lives we now live possible.