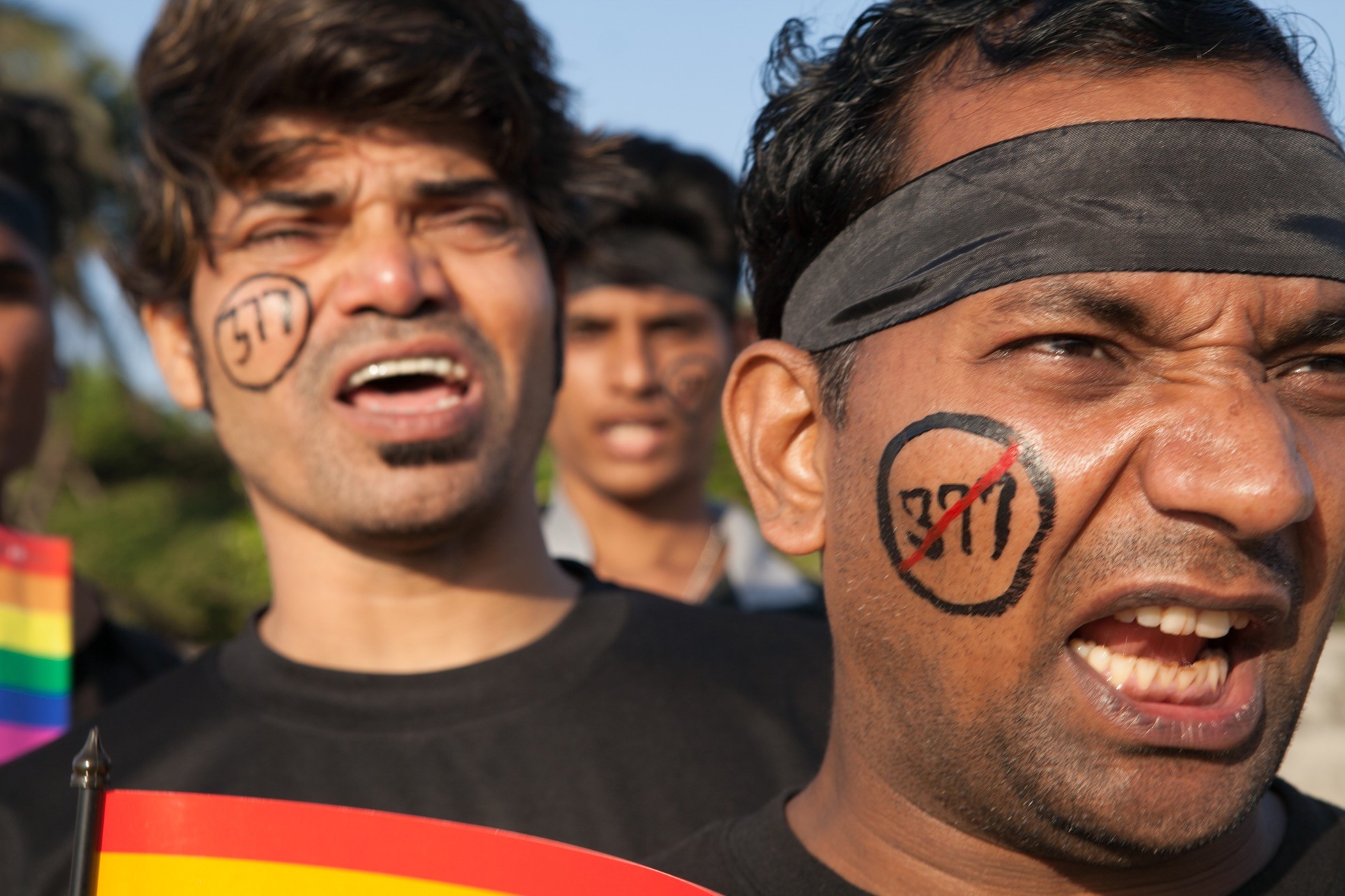 Sridhar Rangayan’s documentary film Breaking Free that highlights the impact and implications of Sec 377 on the LGBT (lesbian, gay, bisexual, transgender) community won the National Award for Best Editing at the 63rd National Awards announced yesterday. Editor Pravin Angre and Sridhar Rangayan said they are overjoyed that the film shot over 7 years with more than 400 hours of footage that was cut into a tight 82 mins film, was recognized by the jury with a citation ‘an orchestrated cuts and curves to depict the hardship of the oppressed’.

“This is a big victory for Indian LGBT community itself, as our film is a truthful, honest film that exposes the brutality of the law, police and government in victimizing gay and transgender persons using Sec 377”, said Rangayan who has managed to weave together testimonials from persons actually booked under Sec 377 and who have been raped and tortured, “Breaking Free is an eye-opener and hope the Supreme Court, government and general public see this film so they know why this law has to go. Pravin and I feel that award sends the right message that excellence in cinema is recognized irrespective of the issues it raises”.

Produced by Solaris Pictures and directed by Rangayan, Breaking Free, since its premiere at the KASHISH Mumbai International Queer Film festival in May 2015, to a tearful standing ovation, has traveled to more than 15 international film festivals. It has been selected to be part of the government’s prestigious Indian Panorama 2015 and also screened at IFFI, Goa.

“The film doesn’t sugarcoat the issues or mask it to make it mainstream; it doesn’t hold back any punches. That’s why the recognition is all the more sweet for us, and for the LGBT community who see it as their own film”, said Rangayan who is overwhelmed by hundreds of messages pouring in from all over the world.

While one audience member from the LGBT community wrote emotionally, “Pointing out the ills of Section 377, this movie is not just a movie, but a journey. A journey of realization, a journey towards the dark side that the ‘miniscule minority’ faces”; another exclaimed excitedly, “OMG OMG… What a glorious moment for team Breaking Free as well as entire LGBTQ community! For us this is more than a film, and it’s such a special feeling that the film is getting appreciated by the most credible awards in our country”.