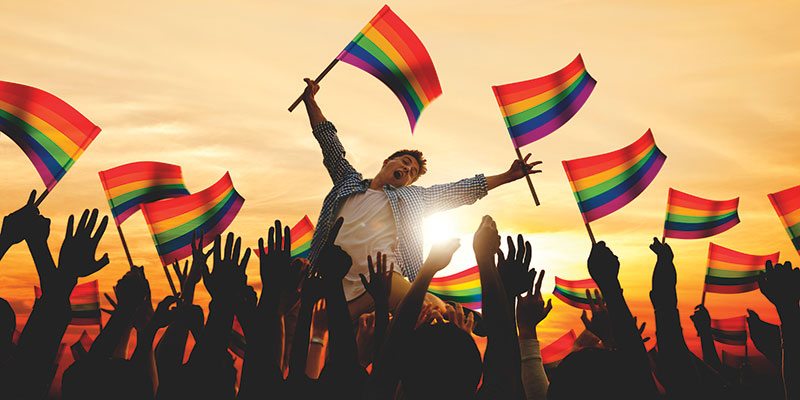 I remember the moment when marriage equality became law in New Zealand. I was knee deep in a super jug inside a packed student bar, surrounded by friends draped in rainbow flags. We stood up on the leather bench seats as the vote was read, bottom lips pulled into our mouths and fists clenched in anticipation. I remember fighting back tears when the bill passed, submerged in my naive privilege, thinking that this was the final fight for the GLBT community. Everything from here on out would fall into place.

Of course, I was thinking about people like me. People who could blend into a crowd without drawing attention or go about their day without unintentionally declaring the fact that they might one day marry their same sex partner. Yes, marriage equality was a watershed moment that marked a culmination of perseverance, but no – it was not the end.

Like I did, many queer people thought things could only get better. For a lot of us this was true. In New Zealand, awareness and acceptance of the gay community sky rocketed. More gay characters and storylines begun appearing in the media. Our Pride events kept growing. Adoption rights were granted to married same-sex couples. Quickly, we became at once largely accepted and reassuringly congruent, we fit in.

What I failed to acknowledge was that for a lot of people in our community, marriage equality was not the watershed moment we believed it was. Why? Because there are still sections of our community who do not have the luxury of congruity. Because there are people in our community who are still forced to fight against a social and political regime that does not account for them. But, I could marry my girlfriend so I should be grateful, right? I mean, why rock the boat?

I hear a lot of people bad-mouthing protest groups and community organisations who openly address the extreme difference in experience between one section of our community and another. A lot of them are older, cis gendered homosexuals. Many of them will have lived through and fought for the Homosexual Law Reform. They use terms like ‘radicals, trouble markers, and extremists’. They forget that these terms were once used to describe them. So I ask the question: when does our complacency become oppression?

The anniversary of the Homosexual Law Reform is the perfect time to remind ourselves that only through protest, overt displays of pride, and disruption of the established norm did homosexuals gain equality. We made people uneasy. We made people confront their privilege. Now it is time to confront our own. So the next time you hear from an GLBT protest group, ask yourself this question: are you happy to stand on the heads of your comrades to enjoy a view, or will you help to build a platform from which we may all see the sunrise?