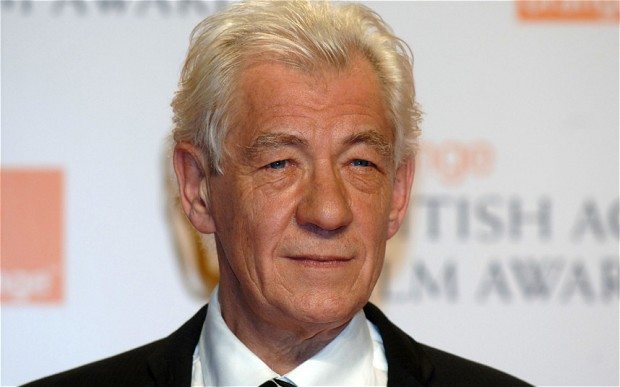 One of most successful British stars, Sir Ian McKellen will inaugurate the 7th edition of KASHISH Mumbai International Queer Film Festival – South Asia’s biggest and India’s only mainstream LGBT film fest. The film festival will be held from May 25-May 29, 2016 at three venues – the iconic Liberty cinema, Alliance de Francaise and Max Mueller Bhavan. Over 182 films from 53 countries will be screened at the festival. McKellen will be the Chief Guest at the Opening Ceremony of the festival to be held on May 25, 2016 at Liberty Cinema. The opening ceremony is open to all registered delegates of the festival.

“On my first visit to Mumbai, I am very pleased to attend the opening night of the Kashish 2016 Festival,” said McKellen. “For too many years, gay characters appeared in films only as comic relief, as often as not meeting a sticky end, as if that’s all they deserved. Increasingly, in India too, the film industry has matured, treating gay people with the same seriousness as straight characters. I look forward at Kashish to discovering more about Bollywood’s film-makers who reject fantasy for the truth about gay people,” added McKellen.

Festival Director Sridhar Rangayan said that it seemed quite apt that the festival – the theme this year is ‘7 Shades of Love’ – gets to welcome one of the most internationally acclaimed actors who is also a strong voice for equal rights. “Sir Ian McKellen is an institution by himself, he is a big inspiration for the GLBT community throughout the world – through his films, through his theatre work and through his very own life. KASHISH Mumbai International Queer Film Festival is absolutely honoured that he will inaugurate our 7th edition on May 25th at the iconic Liberty Cinema. He is not only one of the most respected actors, but he has been a exemplary champion of LGBT rights for several decades. We are grateful to British Council and BFI for enabling this,” said Rangayan.

McKellen is an English actor, who has taken many Shakespearean roles, is globally known for his parts in blockbuster Hollywood movies – Gandalf in The Lord of The Rings trilogy and The Hobbit Trilogy and Magneto in the X-Men movies. He has won six Laurence Olivier Awards, a Tony Award, a Golden Globe Award, a Screen Actors Guild Award, a BIF Award, two Saturn Awards, four Drama Desk Awards and two Critics’ Choice Awards. He has also received two Academy Award nominations. In 2014, he was named as the top grossing star at the international box office.

McKellen is scheduled to visit India as part of ‘Shakespeare Lives on Film’, on the occasion of the Bard’s 400th death anniversary. The visit is organised by British Council and Great Britain Campaign.