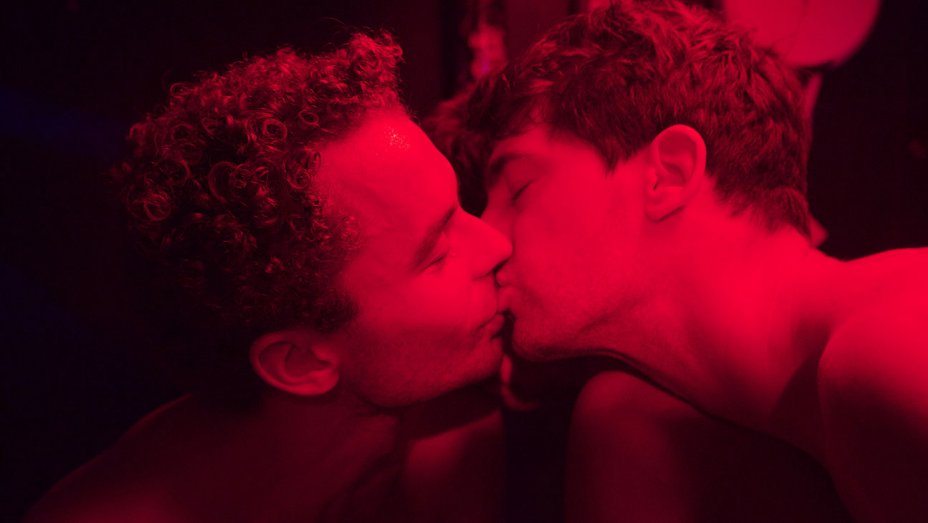 The 2016 New Zealand International Film Festival is well and truly underway. One of the biggest draw cards for the GLBT community is Olivier Ducastel and Jacques Martineau’s French film Paris 05:59.

Sexual and blunt, the scene also offers the first glimpse of the films main characters, Théo (Geoffry Covët) and Hugo (François Nambot). The two engage across the sea of men before eventually coming together. The sex they eventually engage in falls to the wayside in the face of an instant emotional spark between them that could only be described as love at first sight.

From the sweaty sex club, to the streets of Paris, Théo and Hugo embark on an hour long journey through the city of lights. Expert cinematography and camera techniques illustrate a growing bond between the two men, accompanied by a series of contrived events (such as riding the subway, walking, and biking) which stand to show the power of their fledgling relationship.

The film deals with the issue of HIV in the gay community with grace. The directors do not allow the disease to ruin the relationship between the two men (a trope so often seen in films and television that represent the HIV positive community). If anything, the incorporation of an HIV positive character in this case acted as a sub-plot inside of an unrelenting love story. Though vital, the film does not allow the presence of the disease to erode the crux of the piece – love at first sight.

The final scene in the film is perhaps the most poignant. Beautifully shot and expertly written, the two main characters’ converse in French about the future they may share after a twenty-eight-day period in which they have vowed to stay together. At Theo’s apartment, the two men dream of a future together and gather together the character’s things in anticipation of traveling to Hugo’s apartment. When Théo forgets his cellphone and must go back to fetch it, the film delivers one of it’s most touching moments. This must be left for the viewer to experience, for only through the skill of the film makers was this scene so heart-breakingly exceptional.

Controversial and extremely well cast, Paris 05:59 is a stand out in the New Zealand International Film Festival’s queer line up. Covët and Nambot’s exceptionally convincing on-screen chemistry could blow most Hollywood romance’s out of the water, and not a body in the cinema was not touched by the power of this far-from-fairytale story.

This highly recommended film is screening for the final time during the festival on Thursday 28 July, 9:15pm at Academy Cinema. For more information and to book tickets visit Academy Cinemas.