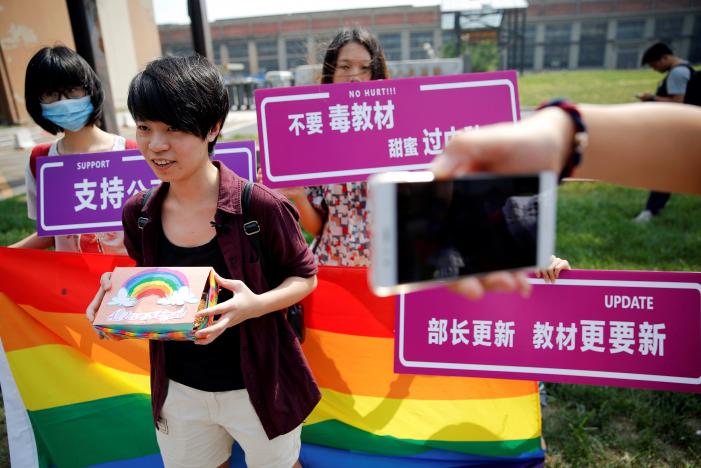 Qiu Bai, a media student at Sun Yat-Sen University in Guangzhou, has lodged a suit against China’s Ministry of Education over the use of textbooks that describe homosexuality as a mental disorder, and a curable disease.

Even though homosexuality was delisted as a mental disorder in 2001, and being gay in China is legal, many universities are still using the textbooks which list it as a “disorder” and “impediment”.

Talking to Reuters, Qiu said that she found these materials when she was looking at books surrounding questions of her own sexuality.

Unfortunately, the Ministry of Education has washed its hands of the matter, saying that it has nothing to do with the textbooks.  The Ministry has ignored her complaints, rejected her applications and reneged on their promise for internal mediation after Qiu agreed to drop one of her lawsuits. As Qiu says, “as someone studying within the education system, when the Ministry of Education tells me that the education materials have no connection with us and we won’t deal with it, it’s really disappointing”.

This being said, many LGBT+ supporters see the fact that the case has made it to court as a victory. Although somewhat pessimistic, Wang Zheng Yu, Qiu’s lawyer says, “I hope that the judge can fulfil their responsibility in line with the law and give us a ruling that we can accept”.