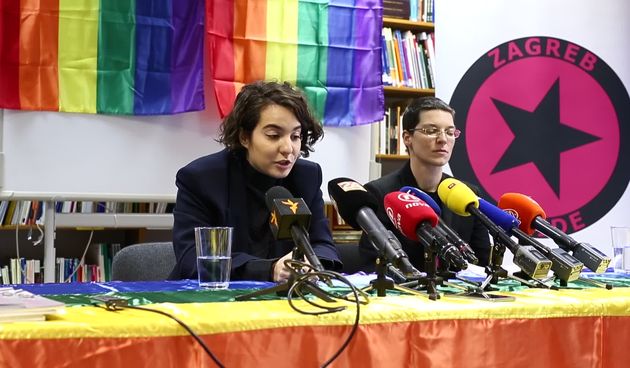 Zagreb Pride has just protested in the centre of Zagreb, Croatia in response to an attack on an LGBT+ party in a night club on the weekend.

The event, called ‘Love is and Remains Stronger than Hate’, was streamed live on the Zagreb Pride Facebook page. Several thousand people tuned in to watch.

The attack was carried out by releasing tear gas at the Super Super club at 3.30 am on Sunday (Croatian time), and injuries were related to the stampeding that followed the gassing.

Zagreb Pride says to Balkan Insight, “over the past few months we have been facing an escalation of hatred in public spaces fuelled by the increasingly aggressive and louder discourse of the radical clerical right-wing directed against the constitutional values of Croatia, supported by the tactic approval of the Croatian government.”

The Croatian government has also condemned the attack and promising that its Interior Ministry is investigating the perpetrators.