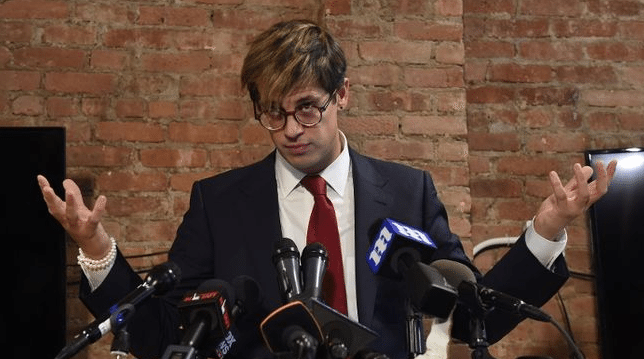 After Simon & Schuster gave Milo Yiannopoulos a controversial US$250,000 book deal, there was uproar on the internet. This came off the back of Out Magazine doing a feature piece on him, where so much vitriol was launched at the author that he turned conservative.

In response to Yiannopoulos’s book deal, author Roxanne Gay pulled her own book when she discovered that not only had Simon & Schuster signed Yiannopoulos, but also planned his book’s release for the same day.

The reasoning why Simon & Schuster chose to go ahead with the book is because the money they would make from not only the conservative market, but also from the controversy, would be more than the losses they face from independent retailers boycotting as well as loss of reputation.

However, after Yiannopoulos’s comments on 13 year old men having relationships with older men were like a “coming of age” and “relationships in which those older men help those young boys to discover who they are and give them security and safety and provide them with love and a reliable sort of rock”, the book deal has been pulled.

Consequences continue for Yiannopoulos after his original editorial home, Breitbart News, recoiled from his comments and several staffers saying they would walk if Yiannopoulos was not fired. Yiannopoulos has decided to resign in response, saying he does not want “poor choice of words to detract from my colleagues’ important reporting”.