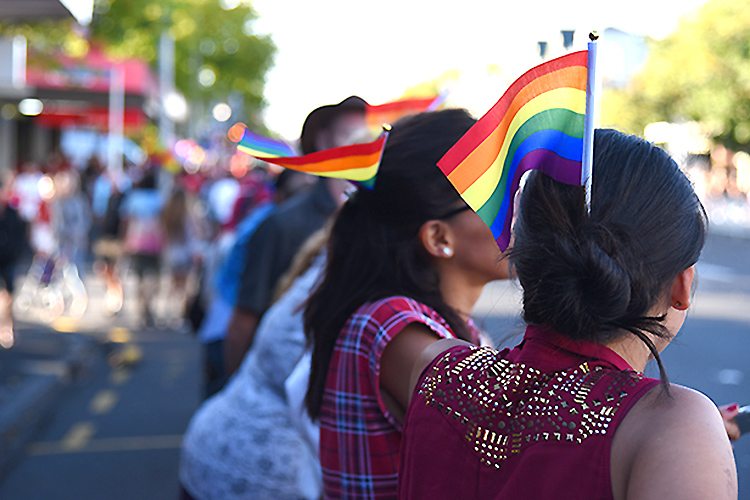 With Auckland Pride over, we decided to take a look at exactly what this Festival means to our Rainbow community and how important it is for the tradition to continue.

There’s a reason it’s called Pride. There’s a reason the emblem of this annual festival is girdled in the colours of the rainbow, the defiant, always animated six shades of a prism that is the light after the storm.

That storm swept away society’s imposed shame and humiliation on Saturday 28 June 1969 when the LGBT+ community came out in rioting droves, outraged by the police raid at Stonewall Inn, a popular retreat in New York for the marginalised and culturally penalised – in other words, our queer and trans family.

It was to become a day that marked the end of hiding in closets, the end of not coming out. Pride was born because it re-ticks designated boxes, it fits in the forgotten outliers, the jeered at and the misunderstood.

Pride isn’t just a lexicon – it is a feeling. It isn’t just a term – it is an attitude. Pride signals a reprieve from antiquated social mores, not being about acceptance anymore – those little scraps of tolerance thrown in charity – but being about rights, a way of life, an adjustment for the rest of the world into the conventions and culture of a people who have for too long been dubbed a sub group.

Pride is powerful and it is relentless. It isn’t just a festival of carnival couture and loud fashion. It is a beating drum to the victory march of hundreds of thousands across the world, who have left the ‘comfort’ of a confined and conventional life less ordinary to rally around their sexuality, to cry foul against the hetero assault on normality and to acknowledge that they still have such a long way to go.

Commemorating its history and its rebellion, the LGBT+ community has brought colour, change and a sentimental kind of brilliance to the narration of its struggles. It’s been a tough year for all sorts of diminished denominations on the minority scale.

It’s become a time of isolation, prejudice, fear and intimidation – exactly the kind of hostility and avarice felt that Saturday morning in 1969. Whether a woman, gay, transgender, gender neutral or non-Christian, the world is moving towards becoming a discriminating, foreboding place once again.

It’s the kind of place that could use a little Pride, a little Pride for who we are, what we stand for and where we want to go. Not just for one designated month but for Every. Damned. Day. Of. The. Year.