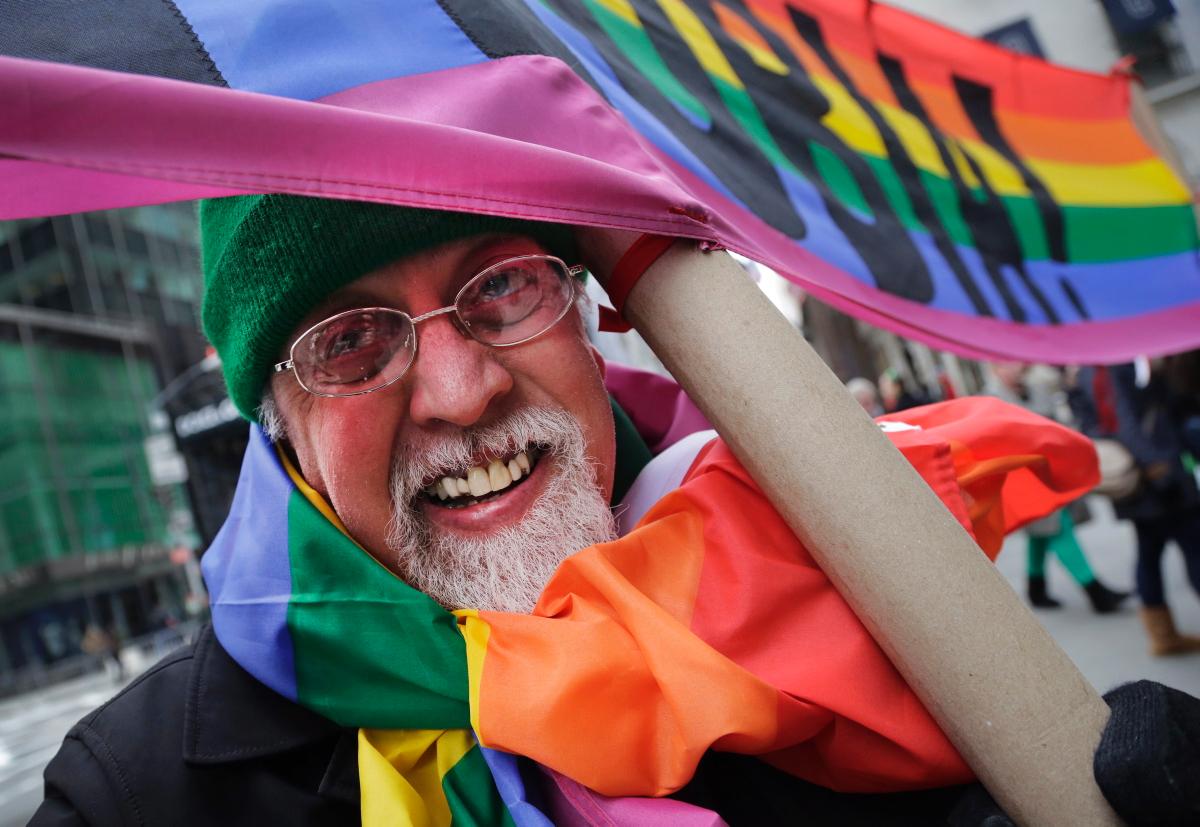 Gilbert Baker, creator of the iconic rainbow flag which is now a international icon symbolising gay rights, has died at the age of 65.

Baker was born in Kansas City and served in the United States Army for two years, from 1970 – 1972. He was stationed in San Francisco when he first joined the army and decided to stay there following his honorable discharge. At this time, the gay rights movement had just started.

According to the information given on Baker’s website, he taught himself how to sew and started to make banners for both gay and anti-war marches being held in the city. This led him to create the rainbow flag in 1978.

In a interview he did in 2008 about the rainbow flag, he commented that he knew straight away from people’s reaction to the flag that it was “going to be something. I didn’t know what or how, but I knew.”

Baker was a well-known gay activist in San Francisco, along with others such as city supervisor, Harvey Milk, who was assassinated in 1978, and Cleve Jones, creator of the Names Project AIDS memorial quilt back in the 1980s.

Following Baker’s death, an interview with Jones was carried out where he recalls the rainbow flag’s debut at a gay pride parade in 1978.

“It was quite amazing to stand there and watch all these thousands of people turn off Market Street into San Francisco Civic Center Plaza and march beneath these giant flags that were flapping in the wind,” he said. “People looked up, and faces lit up and, without any explanation, this was now our flag.”

When the flag was first produced, it consisted of eight different colours but late, had to be cut down to just six as there was a shortage of fabric.

Although Baker could have patented the flag and made money off it, Jones said that he was never interested in that. “He never made a penny off it”.

San Francisco Mayor, Edwin Lee, commented on Baker’s death, saying “Gilbert was a trailblazer for LGBT+ rights, a powerful artist and a true friend to all who knew him”. The rainbow flag “has become a source of solace, comfort and pride for all those who look upon it.”