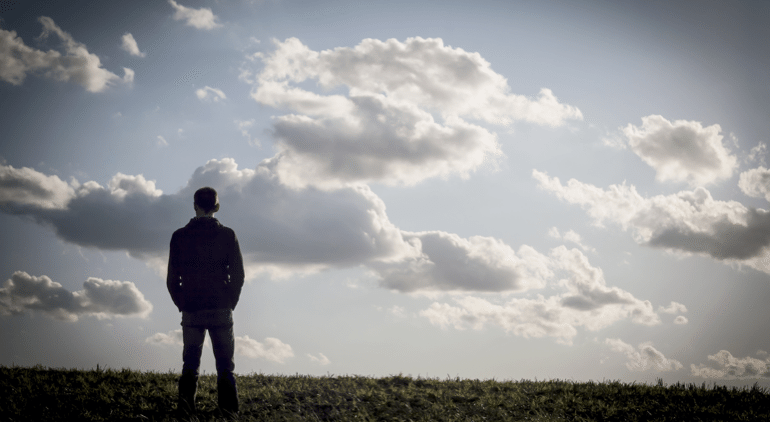 77-year-old Diane Sparkes, Educator, Writer, and Transgender Advocate, gave express the low-down on what she feels we as a society need to do in order to lower the suicide rate amongst youths in New Zealand.

I attended a symposium on LGBT+ Wellness and Suicide back in early 2013. Attended by many people of education and knowledge, the main concept was to recognise the issue of suicide in all people and in particular, youth. The theme was “What can we do?” The speakers gave all sorts of well meaning information; typical of an academic approach, but was there any resolve? To be honest, no, except for the suggestion that “we should do this again!”

Although the symposium was meaningful, a question not discussed, one I believe the whole group missed and a question that society fails to ask and as a whole, ignores, it’s own responsibility in the issue. Sadly, those committing suicide are part of society, so is it then unreasonable to ask what responsibility society takes? When we hear of someone taking their own life, even though we might feel sad, the problem is frequently seen as yet another individual who could not cope. But is that fair?

To demonstrate my point I will use a school environment as a kind of mini society, actually a very relevant society in the light of the bullying issue. Schools, much like the real world, comprise a society with it’s own way of life rules, punishments and ideals. This mini society has, by implication, members who are all young – youth, who in New Zealand have the highest suicide rate in the world. Considering this a very real problem facing schools today, bullying is a big one – far too often we hear about students taking their own lives because they cannot cope at school. In this instance we must question – is the problem solely with the one who takes their life?

Or, has the school some part to play in this as many parents seem to think. In reality, it is more an issue of those who attend the school and how it tolerates the bully’s and fails to educate them. As similarities exist in our real world environment, might we look for answers to the issue on a less complicated level, recognising suicide is also an issue that seriously affects schools as well? It is my belief that for an individual to make the decision to take their own life, a specific kind of environment must exist – one where a lack of acceptance and intolerance towards certain members of that society is created. These often marginalised members are targeted because they are usually seen as different in one way or another. This is definitely the root of the problem, especially when it comes to kids from the LGBT+ community. While every effort is made to change the situation, it is usually seen as the schools problem, again placing the problem elsewhere.

It is important to realise a decision to commit suicide will seldom be made in isolation. Invariably, there will always be another reason to take this self destructive action. Suicide by an individual who has serious health issues and cannot take the pain anymore, can be easily understood. For others who seemingly have everything going for them, suicide appears beyond comprehension. Discrimination, bullying and violence towards any person selected as a target for any reason creates the prime conditions for suicide. There will be many who are reading these words that will feel indignant at this suggestion, but suicide does not happen in isolation. There will always be a reason, and like it or not, the reason is frequently created by society itself in it’s refusal to look at the way it tolerates the perpetrators and does nothing.

When it comes to our youth, it has already been recognised that bullying and using violence creates an environment of hate where no one is safe. Unfortunately, the safety of people from the LGBT+ community become targets, our transgender youth being those that are targeted the most. Looking carefully at the sequence of events taking place before – rather than after the creation of any situation, will reveal just how societal influence matters. Sorry, but the ambulance at the bottom of the cliff is useless apart from picking up the pieces.

Although there appears to be a will to discuss the suicide issue – in reality nothing has changed four years later! The theme remains “What can we do?” – the statistics the same?

Is suicide then the individual’s solution – or an evasion of responsibility by society?

Can suicides be created by society itself? ‘Never’ will be the response of many. But wait, before the indignation sets in, let’s think openly about this. Not long ago homosexual’s were forced by society to hide who they were, because society failed to recognise them as simply people whose behaviour was different to society’s normal. ‘Normal’ is actually a misperception made by the masses. What is normal, for someone who is gay only becomes ‘not normal’ in the eyes of others (society) because they do not necessarily understand the issue.

When society as a whole fails to understand any issue, it chooses to become fearful instead – and fear takes away reason. Similarly when someone takes their own life, society tends to distance itself, suggesting it was solely their decision.
While this might be true of the actual act, the question should be asked to what extent did societal conditioning have in that decision.

When you are told that who you identify as is not normal, the fear held by the societal norm is unfairly placed on the individual – placed there by society itself with all the power it wields. The ability of an individual to see their own situation in reality becomes severely impaired, depending on forcefulness society holds on that particular issue. When societal support is removed, this alone becomes reason enough to consider self destruction. Society should recognise that it has a duty to create a safe environment for the whole of society, not just those it would deem normal. So the question must be asked – who is best able to eliminate the problem?

In my example of a mini society existing in schools, a place where our youth attend, where bullying and failure to accept others is deemed ‘not normal’ – should there be any surprise some will not make it in their attempt to survive. Being accepted is not the choice of the individual, only the societal influence of the school and it’s cohorts can do this. Where individuals or groups are singled out by society because they are seen as different, any society that refuses to make appropriate moves towards how they recognise others in any other way than ‘not normal’ proves how spectacularly that society has failed.

Surely the answer to the “What can we do?” is obvious.
Society as a whole must change its view on how it sees its own influence.

Stop singling out your children because they are gay or transgender.

Stop sending them out into the street disowning them because you do not understand.

Stop the bullying when you see it,

Make every student ‘normal’, not just those you think are normal because you don’t understand either.

Stop thinking you know what God wants – he certainly does not want his children to take their lives because you will not accept some of them.

Stop hiding behind political correctness. Recognise the duty you have is to every constituent, because you don’t get it, asking others that don’t either, rather than asking those who live it – who are affected the most.
On and on it goes, society itself has much to answer for in this quest to find a solution to the loss of these lives – lives taken because society makes it so difficult.

The decision to single out someone in our society on the grounds that they are different is unacceptable and I think many in society would agree, but they do nothing! The acceptance of bullying as just something that happens at school makes for complacency and society equally as responsible as the bully. Recognition of the way society differs in what is rightly correct, and the factual way it behaves, also gives cause for concern. Yet another reason why society should take a look at itself. Suicide is most likely to be the result of more than just the individual – society is duty bound by its own rules to investigate the reason one of its own cannot survive in that society, someone, some situation, some environment must exist in that society in order for that fatal decision to take effect! Gradually, society is slowly coming to recognise that suicide is not as simple as many would think, but we still have a long way to go.

On a personal level, I cannot offer expert qualifications on this subject I offer instead my own personal experience. One based on a lifetime of observations, of prejudice and contemplation of suicide – because of “who I am”, a transgender woman. Once I realised the problem was not mine, but one made by the society I live in and was expected to conform to, I decided to speak out.

In conclusion, the issue of suicide is almost never exclusively about the individual. Ultimately, it is society’s decision to accept all people regardless of how they identify, remembering most importantly that how they identify affects no one else.

Time for change – look no further than your own beliefs.

Today I think of myself as a woman who has experienced a life of privilege afforded only to men. This unique experience was a lie, as my mind told me I was female,

Living a lie for more than fifty years in silence, thoughts of suicide were never far away as the pain at times became unbearable. My mirror my worst enemy showing me my male body every day, only years later as I understood there were others out there just like me I realised my mind was right.

Through my transition at Sixty Seven following full confirmation surgery to become the real me – I am finally happy. Through my experience I decided it was important to stand up and educate.

Realising after many years as a educator, education is the only way society will ever change how it sees people like me.