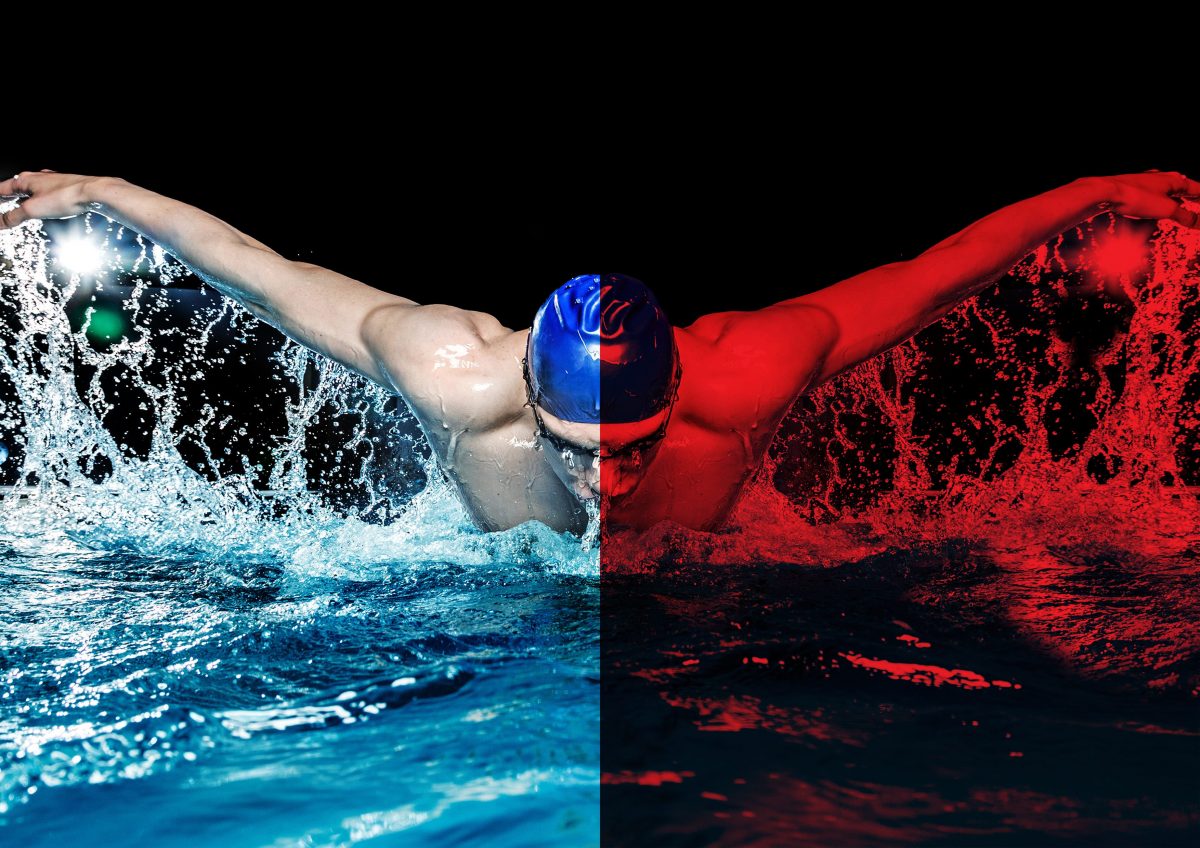 Poolside. Somewhere in America. Ray is a lean, mean swimming machine who has beaten both Michael Phelps and Ryan Lochte. A month before the Olympics, he seems certain to win and destined for superstardom. But when performance-enhancing drugs are discovered in the team locker room, he is implicated in a scandal that could destroy his dreams and tear his family apart. With so much at stake, how far will he go to get what he wants?

Chelsie Preston-Crayford plays Ray’s ex-girlfriend, Lydia, a disgraced sports therapist.  She makes her splash clashing over desires and values. Performing alongside Preston-Crayford is Ryan Carter who is coming back from Sydney to play Ray, the ambitious athlete with an Olympic dream.

Rounding out the formidable cast is Wesley Dowdell and Scott Wills who will both make their ASB Waterfront Theatre debut with this terrifically poignant and relevant drama.

American writer Lucas Hnath has been crowned as “one of the brightest new voices of his generation” by the New York Times. Winner of the Best New American Play at OBIE Awards 2016, this taut drama questions our sense of morality with Hnath’s bold and brilliant writing, which has been compared to the likes of David Mamet (Glengarry Glen Ross).

Thrilling, dark and dangerous, Red Speedo transforms one man’s near-naked ambition into a parable for a modern age obsessed with sex, sport and celebrity, where virtue has no value and the only crime is getting caught.

The play runs 31 October to 15 November at the ASB Waterfront Theatre in Wynyard Quarter.