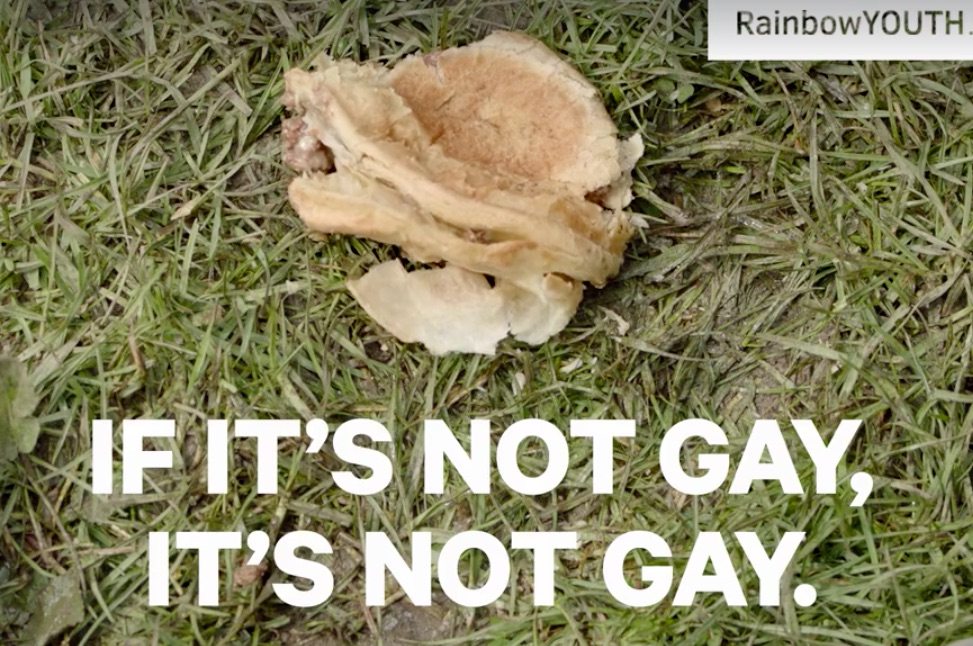 You may have seen RainbowYOUTH’s new national ad campaign as you were watching your usual evening television or scrolling through your Facebook feed.

The ad challenges kiwi culture’s problematic use of the word ‘gay’ and perfectly uses classic kiwi humour to do so.

RainbowYOUTH’s Executive Director, Frances Arns saysthis was an important issue to address as ‘gay’ is often used as a pejorative, to describe something negatively, which perpetuates homophobia.

“We wanted to do something to address the use of inclusive language, and highlight how it can be harmful for the rainbow community,” she says.

“Inclusive language is critical for giving visibility to different identities within the community, and something that is often overlooked.

“The use of identity-affirming, inclusive language is an important step in making different spaces and environments safe. In this case, the focus is on the word gay.”

She says that it can be especially challenging for young people as they’re developing their identity.

The ad is the final part of a project that has been possible with a grant with the Mediaworks Foundation and the organisation worked with the creative agency Y&R NZ who developed the concept for the ad, before delivering it with Eight.

“We felt that it was important the context resonated with New Zealanders, and was clever and memorable to make sure that we reached a wide audience,” says Arns.

RainbowYOUTH’s I’m Local Project was the focus of the work made possible by the grant. It aims to get free resources out to communities and organisations all around Aotearoa and has a particular focus on reaching rural communities.