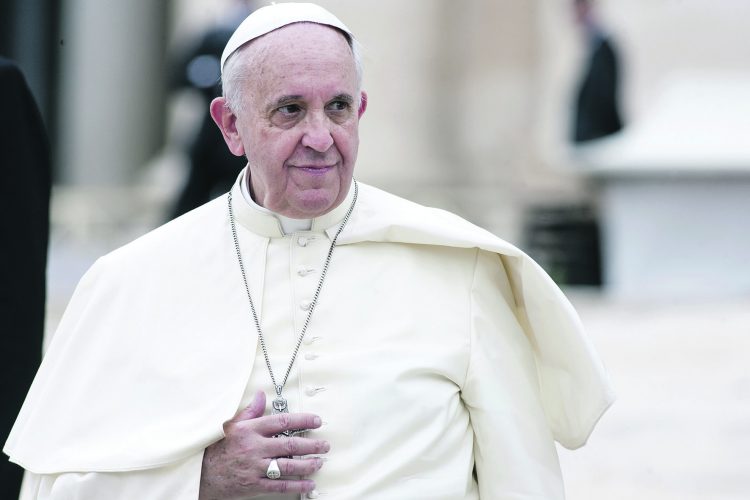 Many people believe that Pope Francis is progressive in his attitude towards LGBT+ people, but his comments about trans people are becoming questionable.

Unfortunately, like in many religious organisations, he seems to be listening not to his own thoughts, but those that would ignore the word of God as it applies to sin – ‘not to judge’ – and do just that.

In 2016 The Vatican released a transcript of Pope Francis’ remarks about gender, in which he lamented that children are being taught in school that gender can be a choice.

Such comments could only ever be made by a person who has no idea what it means to be transgender.

Pope Francis made reference to comments made by his predecessor, Pope Benedict, who said “Holiness, this is the epoch of sin against God the Creator, He’s intelligent! God created man and woman, God created the world this way, and we are doing the opposite.”

Does he not think it possible that God also created transgender people in that world for reasons only known to him?

When I looked at my life and the experience I was facing as a trans person; I thought, why me?

I have often thought that trans people were created in order for society to question beliefs like those held by the Pope and as a reminder that people should never judge Gods creations, no matter how they identify.

The fact is; trans people have existed for as long as all other peoples.

The Pope, and other religious persons, have told us that ‘God does not make mistakes’ so by that reasoning alone, trans people are Gods creation and most likely created for the purpose of letting all others understand they should be accepting of them – or be guilty of probably one of the greatest Sin of all – judging God’s creations.

Now, while I identify as a transgender woman I do not consider myself religious. In saying that, I do have the ability to read and reason what is written, whatever the source, in the same manner as everyone else.

As a result, I feel qualified by my own experience to comment on the Pope’s word.

Far from having a binary view of gender of male and female, I believe other genders exist and create variety in how gender is understood and taught.

As I see it, no one is saying you can choose the gender you would like to be, that is created after conception and before you are born, and cannot be changed – hence the often made statement by trans people, ‘it never goes away’.

Our education system has finally recognised the importance of informing our children on the matter of gender and its meaning.

This educating process has, in the past, never been considered relevant and as a result, has left our young people to come up with their own idea about an individual and their gender as they see it – rather than the reality.

This has probably been one of the greatest failures of the education system and has resulted in so much pain being unfairly inflicted on diverse students who are just being something they can never change – themselves.

Education is vital so our children can become adults free from discrimination, bigotry, violence, and bullying in any form and so that they accept everyone, no matter how they identify.

I really believe the Pope knows this; but sadly he too exists in a world not yet free of discrimination, bigotry and all things misunderstood.