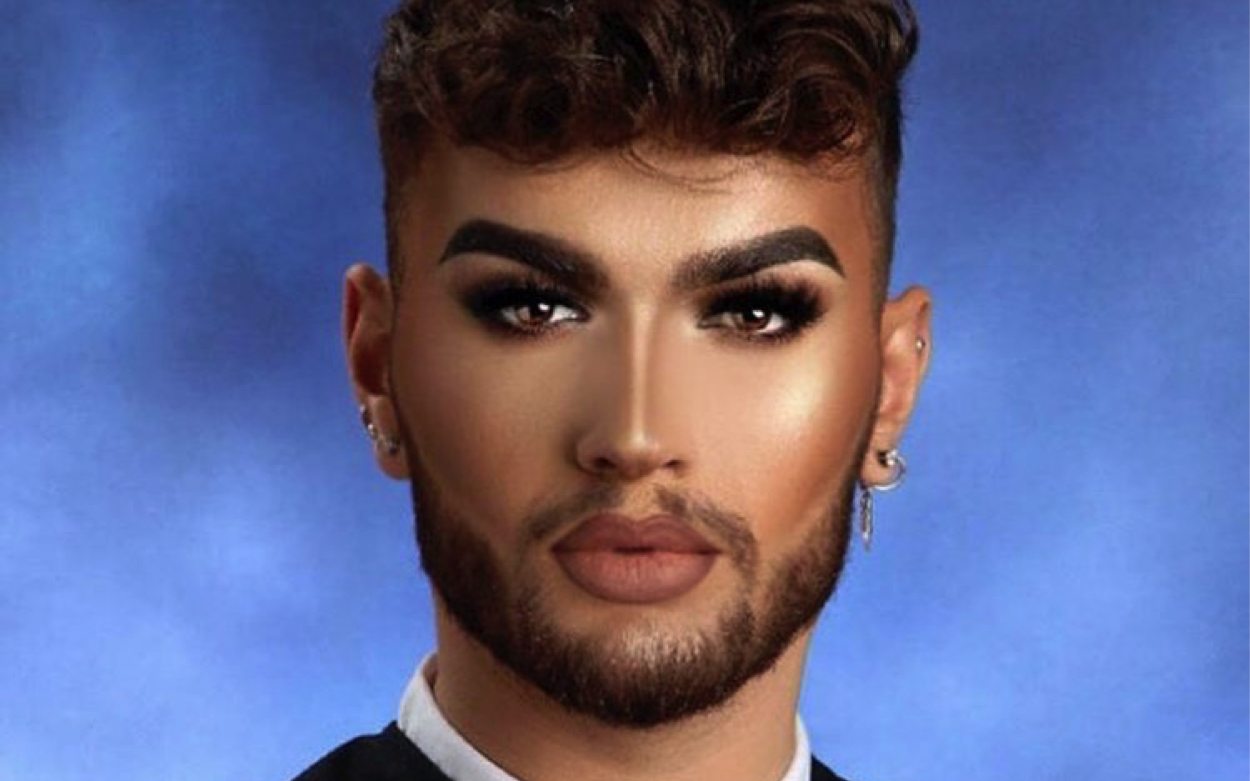 Kevin Kodra, who says he’s always been into makeup took the opportunity to use his talent in makeup, to help break down stigmas and show kids that they don’t have to be exactly what society says their gender should be.

“Little boys can wear makeup and lashes, and little girls don’t have to have long hair, they can shave their heads or wear sneakers or pants,” Kodra told Huffington Post.

The yearbook photo, which he posted on Instagram, has since gone viral, with tens of thousands of likes in just over a week.

18-year-old Kodra, says that he wasn’t expecting such a reaction to his yearbook photo, having already been featured in international publications like Seventeen and Teen Voguesince posting it online.

Kodra however, is excited about the mostly positive feedback he’s received, describing the reaction from his friends, family, and Catholic high school in Etobicoke, as “very supportive,” before praising his father as being one of his biggest supporters.

Speaking to CBC Radio’s Here and Now, Kodra explains his reaction to any negative feedback he has received, saying that he has a filter on his Instagram comments so he can live “in my little bubble, my own little world where I don’t see the hate.”

Kodra adds that he is aware that men wearing makeup isn’t considered to be 100% socially acceptable and that there will always be trolls with their opinions.

“I want little guys and little girls to know that they don’t have to be feminine or masculine … they can be whatever they want,” he says.