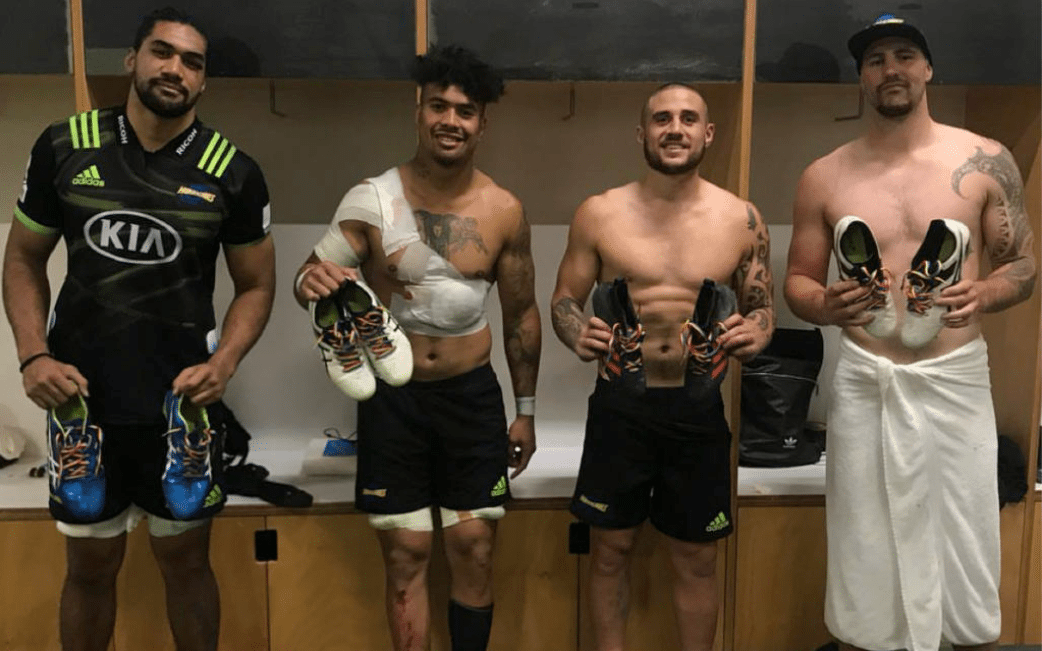 Players for the Super Rugby team the Hurricanes have continued to show their support for diversity and inclusion within sport, by donning rainbow laced rugby boots.

Sharing the photo on social media and his Instagram account, New Zealand All Black, Ardie Savea, posted a photo of himself and three other teammates, proudly displaying their rainbow laces following their latest match against the Auckland Blues.

Standing next to fellow New Zealand All Black, TJ Perenara and team-mates Michael Fatialofa and Blade Thomson in the Eden Park changing rooms, the move is in stark contrast to Australian Wallabies Player Israel Folau, who recently faced widespread criticism for his homophobic comments on social media.

The New Zealand Rugby Union has been praised in recent years for encouraging diversity in sport, notably most recently with the release of a timely promotional video debuting the New Zealand All Blacks new “rainbow” jerseys.