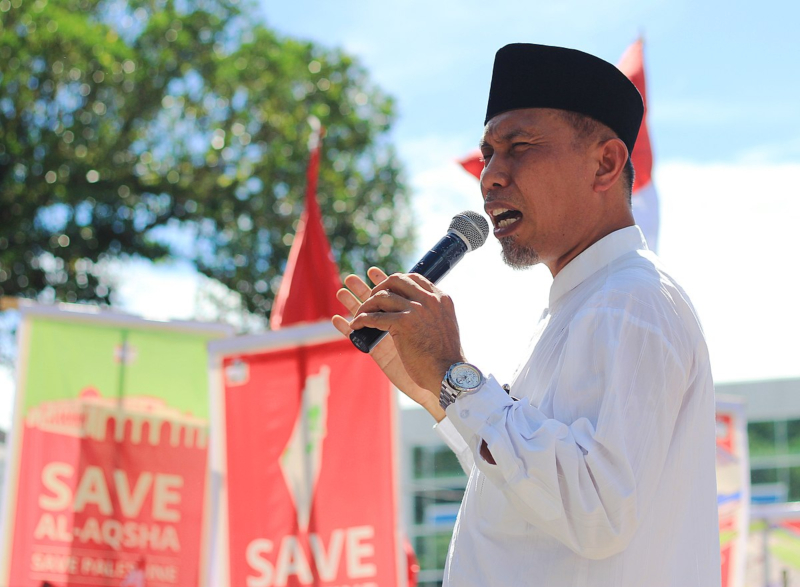 The Indonesian Army has been ordered by the Mayor of Padang to round up gay people so they can be exorcised or “guided” into becoming straight.

According to Indonesian news site Tirto, Mayor Mahyeldi Ansharullah called in the Indonesian Armed Forces (TNI) to conduct a search to identify and arrest people suspected of being of the LGBT community.

Speaking in Central Jakarta, Mayor Mahyeldi reportedly claimed that being of the LGBT community was and should be considered a “disease” that is caused by the environment and economic factors.

The politician who is well known for Anti-LGBT rhetoric, recently led thousands in a march to protest against the LGBT community in November 2018, and reportedly also believes that demon possession can cause individuals to become gay.

While speaking in Jakarta, Mahyeldi said, “we also involve the Ulamas (religious scholars), because in the information we get, the existence of LGBT is because there is indeed the influence of jinn (spirits or demons), devils, so we are exorcising them to leave the person.”

In addition to attempting ‘exorcisms’, The mayor claims that he also aims to “minimise the birth of LGBT” by making sure that children behave according to their assigned gender.

“So far, we have educational activities that are wrong in the family. He is a boy, but given a female toy, given a girl’s clothes, or vice versa,” Mahyeldi said.

Mahyeldi added that men in Indonesia should not dance elegantly and that women should not be elevated to the same level as men in politics.

While homosexuality is technically not illegal in the majority of Indonesia, the province of Aceh remains staunchly homophobic, with local penalties for Muslims in the province include public floggings and fines.

Political commentators note that Indonesia as a whole has dramatically reversed its general tolerance towards the rainbow community, moving towards a more radical Islamic approach to sexuality and gender identity.