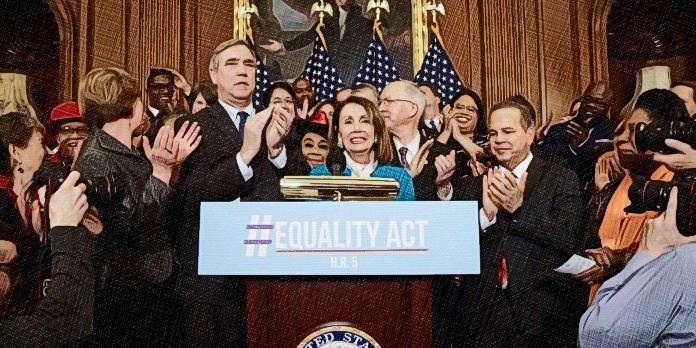 In a move to provide LGBTI equality and protection to all US citizens across the nation no matter what state they reside in, a number of Representatives have introduced historic legislation known as the Equality Act into Congress.

While pockets of states throughout the United States have some kind of LGBTI protections in place, 30 states do not, and currently, members of the rainbow community can still be fired, evicted, or refused service simply because of who they love or their gender identity.

According to the Representatives who put forward the bill, should it be passed into law,  the Civil Rights Act of 1964 would be amended to explicitly prohibit discrimination on the basis of sexual orientation and gender identity in employment, housing, public accommodations, public education, federal funding, credit, and the jury system.

This historic amendment would make it the first national legislation to protect LGBTI American from discrimination, with the Civil Rights Act currently only outlawing discrimination on the basis of race, colour, religion, sex, or national origin, leaving LGBTI citizens without protection from the federal state.