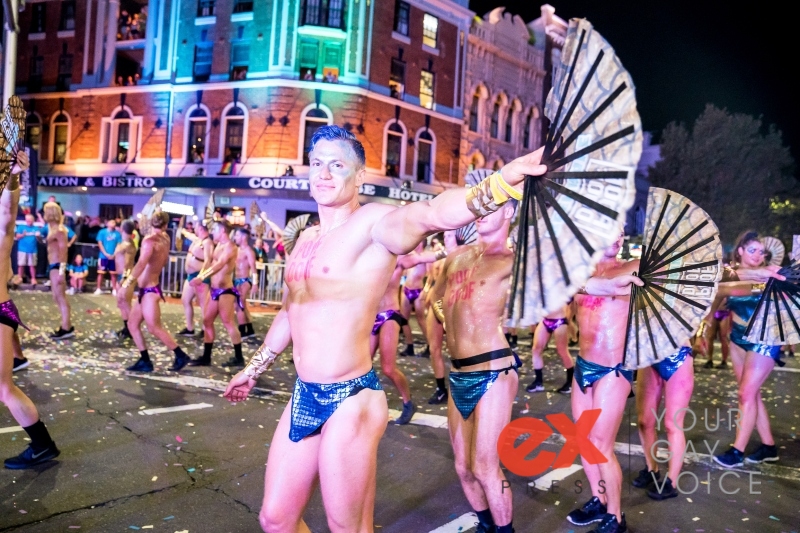 An estimated 500,000 spectators lined the streets and on the rooftops and balconies of Oxford Street to cheer on over 12,500 marchers taking part in the world’s biggest celebration of the LGBTQI community.

Mardi Gras’ 2019 theme was Fearless, a poignant acknowledgement of the way LGBTQI people across the globe courageously express who they are.

Reflecting on last night’ Parade, Sydney Gay and Lesbian Mardi Gras CEO Terese Casu said “People from all around Australia came together on this glittering night to witness a colourful spectacle of protest and celebration.

“This year we reflected on issues that are still faced by the LGBTQI community. Sydney’s Indonesian community group Selamat Datang GLBTIQ brought to light the struggle for equality that people in other parts of the world face. Trans Australia Pride marched proudly towards a future in which trans acceptance and equality is a reality for all, while youth support group Twenty10 were a sea of fluorescent colour, a bright and shining hope for the years ahead.

“And of course, having LGBTQI icon Kylie Minogue join us for a special Parade tribute on Taylor Square, complete with 45 Kylie Minogue dancers and drag queens, was a highlight that many will remember,” said Casu.

As the last shimmering float made its way to the end of the Parade route, more than 13,000 revellers continued to celebrate Mardi Gras at the Party, which took over several venues in Moore Park until 8am.

On the eve of the 41st annual Parade, Sydney Gay and Lesbian Mardi Gras also announced that their bid to secure the hosting rights for WorldPride 2023 had received a $192,000 funding boost from the NSW Government.

WorldPride 2023 would coincide with the 45th anniversary of the first Mardi Gras Parade.