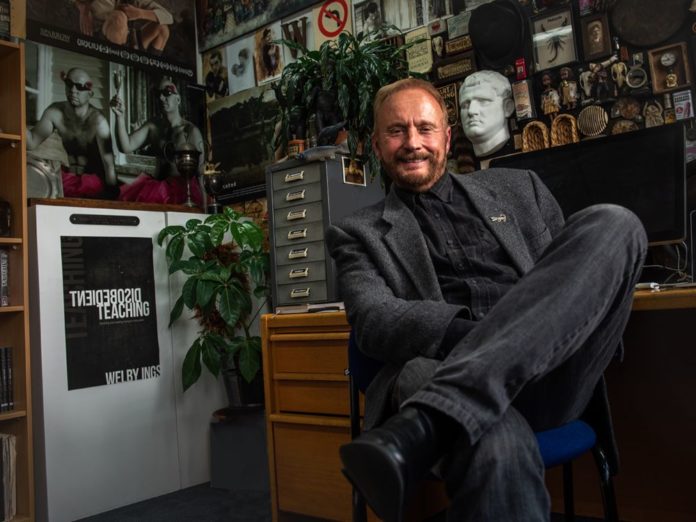 Award-winning university professor, film-maker, author and illustrator, Welby Ings, has been a gay activist since the 1970s when he was outed and expelled from Te Awamutu College. He talks to express about marching in Hero, queer clichés and telling stories from Aotearoa’s queer history.

As an educationalist is there anything you would like to see taught in schools about our LGBT+ communities which is not currently covered?

I would love to see us moved from being material for virtue signalling and treated as ordinary, integrated and beautifully normal parts of the schooling. So more of our teachers and parents would be ‘out’. We would repopulate history, discuss in Social Studies more complex issues like the appalling treatment of our elderly LGBT+ people in retirement homes. Our worlds and the issues we encounter should find fullness in education. While issues like gender identity are important, many issues impacting on our societies are still swept under the carpet. In education, we have to move beyond being sidelined as tick boxes of other people’s hit lists of ‘appropriate’ behaviour.

What do you consider to be the single greatest and single hardest aspects of living as an openly queer person in Aotearoa?

The greatest aspect is being in love and not having to justify the depth and freedom of expressing that. The hardest bit is handling other people’s anxieties and still having to face up to strange clichés about what it is to be queer.

What does Pride mean to you?

I was marching back in the late 1970s when eight of us paraded down Queen Street with a banner and got spat at. I was on the hero and HUG marches in the 1980s before the law reforms. Pride to me is an assault on invisibility. It is being present in the world in diverse, inclusive, positive ways. It becomes stronger the more it moves from blame towards critical inclusiveness.

In 2020 do you believe we have an ‘inclusive LGBT+ society’?

No. I don’t think we ever will. And perhaps that’s not what we should be aiming at. Diversity is a beautiful problem. No society reaches utopia. Our job is to be vigilantly rational, strong, empathetic and compassionate. We are all flawed and we have to live well and help other people to live well in a flawed society.