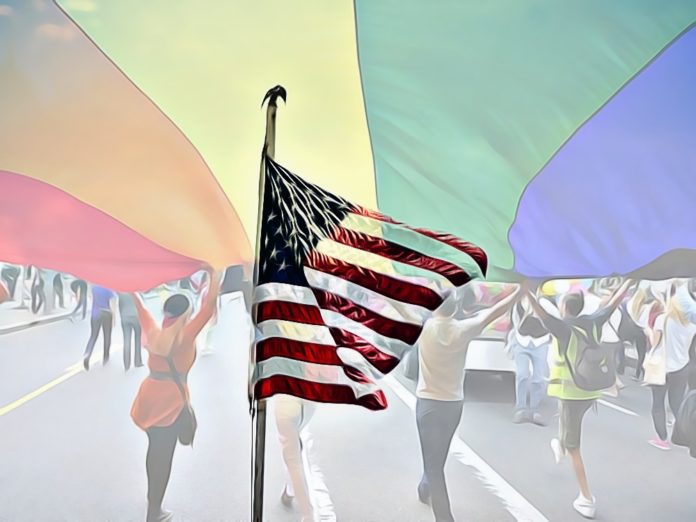 The state of Virginia has signed several LGBTI+ rights bills into law, that includes a repeal of the states statutory same-sex marriage ban, and extensions to transgender rights.

The new bills which were signed into law by Governor Ralph Northam will officially come into effect from the 1st of July, and will dramatically change the lives of many LGBTI+ people living in the state.

Once the laws come into effect, the new legislation will prohibit health insurance companies from discriminating against trans patients and also allow voters to cast a ballot without showing a photo ID, legislation specifically put in place to ease difficulties faced by trans voters.

“This legislation sends a strong, clear message—Virginia is a place where all people are welcome to live, work, visit, and raise a family,” said Governor Northam.

“We are building an inclusive Commonwealth where there is opportunity for everyone, and everyone is treated fairly. No longer will LGBTQ Virginians have to fear being fired, evicted, or denied service in public places because of who they are.”

“With the Governor’s signing of the Virginia Values Act, we have made discrimination against our gay, lesbian and transgender friends, family, neighbors and co-workers in employment, housing and public accommodation illegal in the Commonwealth of Virginia,” said Speaker of the House Eileen Filler-Corn.

“It is now the law of the land that every Virginian can work hard, earn a living wage, and live their lives without fear of discrimination based on who they are or who they love. A tremendous victory.”

Additionally, the Virginia Values Act, which adds sexual orientation and gender identity to the state’s nondiscrimination law, was also signed into law, legislation to expand Virginia’s hate crimes laws to include LGBTI+ people, ensure fair treatment of trans public school students, and enable individuals living in the state to select “non-binary” on their driver’s license applications.