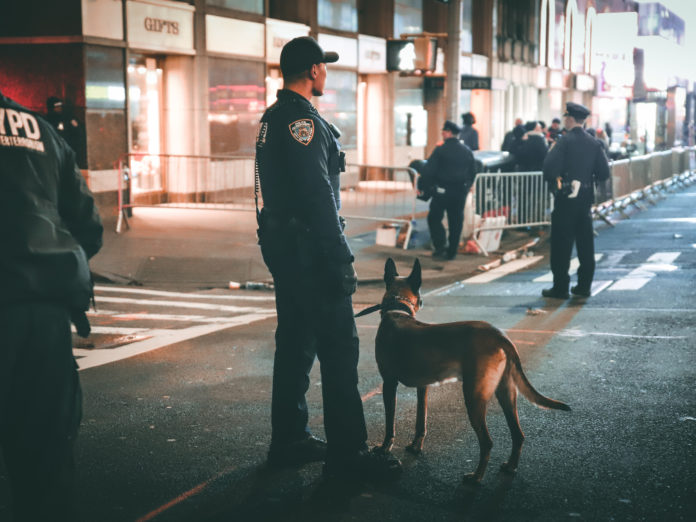 Young who had made the journey to New York from Atlanta with his Girlfriend in March 2019 says that he was made to feel “worthless” by police who had pulled him over in an unmarked police car.

The ordeal which started following dropping his girlfriend off began as Young was looking for a place to park.

An unmarked NYPD car soon pulled him over. Knowing he had done nothing wrong, Young tells BuzzFeed News that he didn’t panic. “I’m feeling like, OK, I didn’t do anything wrong, whatever this is I’ll take care of it.”

According to Young’s lawsuit against the corrections department and the NYPD, the police then misgendered, assaulted and proceeded to sexualise him. Officers also dismissed his fears for his safety and failed to provide for his basic needs, Young alleges.

After asking him “basic traffic stop questions”, police then asked Young if he had a gun on him. He did – and though it was registered, what Young didn’t know was that he needed a separate license to take it out of Georgia.

Young also says that he also didn’t know whether the gun was in the car with him or if it was in the bags he’d dropped with his girlfriend at his friend’s house, and confirmed to the police that he was, in fact, unsure if he needed a different license to carry a gun on your person and in your vehicle.

Young who was then arrested says, “I didn’t know or think that I was doing anything wrong, I thought I was doing everything completely, 100 per cent right.”

As police pulled him from his car, he panicked and told them he’s trans – hoping they’d be respectful. However Young claims instead, several officers grabbed his chest and crotch like they were “trying to confirm” that he’s trans.

Young has also alleged that another officer sexually assaulted him while transporting him to the police station, and also accuses police officers of joking about him being trans and called him “he, she, her, him, miss and sir” at various points in the night.

Young who was then taken to prison, says his problems only continued, and he feared for his life.

Scared and unsure of what to do, Young asked his legal-aid lawyer what to do, and was told to tell officers that he was female.

“I felt worthless. I felt like all those triggers that trans people try so hard to manage throughout the transition, all of it just exploded.”

Following the lawsuit, the NYPD issued a statement saying that The “NYPD recognises and supports the rights and dignity of transgender and gender non-conforming persons. We endeavour to treat all individuals with the utmost respect.”

“This lawsuit will be reviewed in the normal course when service is effected.”

Young says that he is only suing the NYPD in a bid to see changes that will ensure the safety of transgender people in custody.

“I’m not asking for anything special. I don’t think I need to get coffee three times a day. I literally just need my safety,” he said.

Young’s case comes just one year after New York City was sued over the death of Layleen Polanco, the Afro-Latinx trans woman who died in solitary confinement in Rikers Island prison.