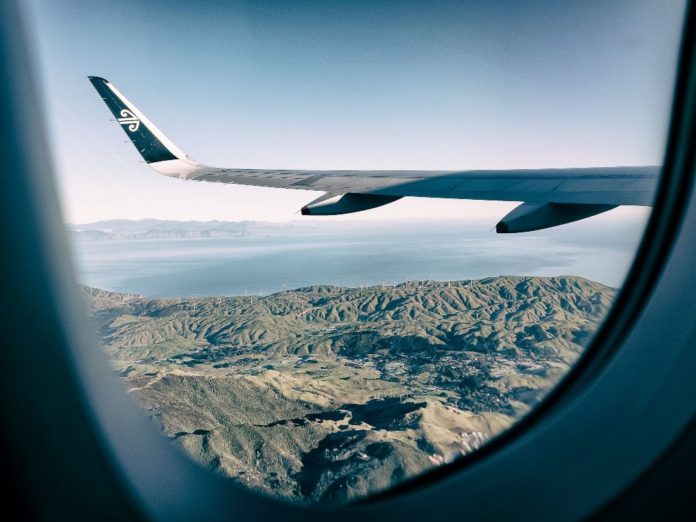 For decades the bright lights of Australia have beckoned kiwis to cross the Tasman and start a new life in the Southern Hemisphere’s gay Mecca. But as Aotearoa evolves has the allure of the sunburnt land started to peel? Steven Oates talks to both Kiwi and Aussie ditch hoppers to see if the other grass is really greener.

To young queers growing up in New Zealand, particularly small-town New Zealand, the lure of the great southern continent is even more powerful than our straight counterparts whose motivation is mostly job opportunities and higher wages. For us queers a move across the ditch gives us a chance to be a part of a much bigger thriving queer scene. More clubs, bars, festivals, parties and of course more potential dates and hookups.

Big Cities like Sydney and Melbourne can provide the chance to live a more queer existence away from the gaze of socially conservative families and social circles, particularly for those still questioning their identity. Being fairly close and with relatively little red tape Australia is an obvious choice for many who want to dive into a bigger pond.

“I remember going out one weekend to Hydrant Bar in Grey Lynn, looking around and thinking I wanted more from the LGBTI community. I’d heard Melbourne had a more diverse gay scene and I’d studied visual arts at university and knew Melbourne’s art scene was thriving so it was a no-brainer.” Says Clayton Ilolahia, a Fragrance evaluator who now lives in Sydney after moving to Melbourne in 2004. “I caught the tail end of an era. Being under 30, single and gay in Melbourne at that time was so much fun. There was literally something happening every night of the week in different suburbs, each of which had its own unique culture and communities. From small laneway parties to big events… there was a scene for everyone and always something to do.”

Amy Churchouse who moved to Melbourne in 2015 agrees that having more choices in nightlife and culture add to the reason for relocating across the Tasman; “There is more opportunity’s to do things here, there is more diversity in things and people. More diversity in culture and ways of thinking. There are more subcultures you can tap into. Whatever you’re into you can find other people into it.”

Former General Manager of the Sydney Star Observer, Kiwi, Peter Dragicevich agrees that Sydney has been a tantalising drawcard in the past… “You could make an argument for Sydney was the world’s greatest gay city in the early 1990s. Mardi Gras was regularly attracting tens of thousands to their main party and annual Sleaze Ball, and the rest of the year was punctuated by big events… There was a real gay ghetto in Darlinghurst of a sort that just didn’t exist in New Zealand, with multiple gay bars, clubs, cafes and shops…..This all changed in the early 2000s… and the scene is now a shadow of its former self.”

Peter also raises an interesting point regarding people living with HIV; “One huge factor that drove Kiwi gay men to Sydney in the 1990s was the access to the latest generation of HIV/AIDS medications. At that time, New Zealanders could move to Australia and have automatic access to their health system. Sydney had been badly hit by AIDS and had, by this stage, some of the best, most-experienced AIDS specialists in the world. New drugs regularly got approved in Australia several months before Pharmac approved them here – a move to Sydney could literally be lifesaving. Before protease inhibitors changed everything in 1998, the best hope of survival for most Kiwis with advanced AIDS was to move to Sydney. I feel like this created something of an avalanche of gay emigration in the mid-1990s.”

In recent times it seems fewer people are moving simply to experience a bigger queer scene (or HIV medication thankfully). Pre-COVID, flights had become much cheaper and frequent weekends across the ditch were within reach of many people. The internet and online shopping now mean the world is smaller and there is less of a feeling that we are ‘missing out’.

One would also like to think that New Zealand has become more tolerant and sophisticated and we no longer need to move to a different country to live our authentic queer lives.

Amy confesses that work was one of the main factors in her move; “I moved to meet more people like me and start my career as a vet, particularly as shelter medicine, and there was more opportunity for that here.”

Shay Evens who performs as Drag Queen Felicity Frockaccino also moved for work; “I wanted to explore the drag scene and better craft – eventually creating a career for myself in Drag Entertainment.” It wasn’t always smooth sailing though for the Palmerston North born Diva; “ It was incredibly tough breaking into the Sydney scene and making a name for myself.” Says Shay who up until COVID, was one of the most sort after performers on the Sydney scene.

The flow hasn’t been entirely one way, Wolfgang Rieg moved from Sydney to Whakatane at 22; “just for a change of scenery and a less hectic lifestyle…  I had only been to Queenstown and the West Coast. I was sorely disappointed at first when I found out Whakatane wasn’t like that. But no regrets, it turned out to be a beautiful place to live.” Wolfgang now lives in Auckland, plays for the Falcons Rugby Team and likes the laid back lifestyle in New Zealand; “Auckland, in particular, feels a lot more relaxed than the likes of Sydney and Melbourne. I’d say people are equally welcoming on both sides across the Tasman”

COVID may have thrown a temporary spanner in the works but I am sure in time we will get back to flitting across the ditch for fun or to live. Australia can be a lot of fun. Sun, sand and studs galore.

To me, it seems that many Kiwi Queers don’t feel the need to escape to Australia as they did in the ’80s, ’90s and ’00s and to be perfectly selfish, I am glad most of my friends are staying here or returning to home. New Zealand is pretty cool too!

Steven Oates is a board member of the Rainbow Auckland Charitable Trust and the host of Woof! The Auckland Rainbow Dog Show.