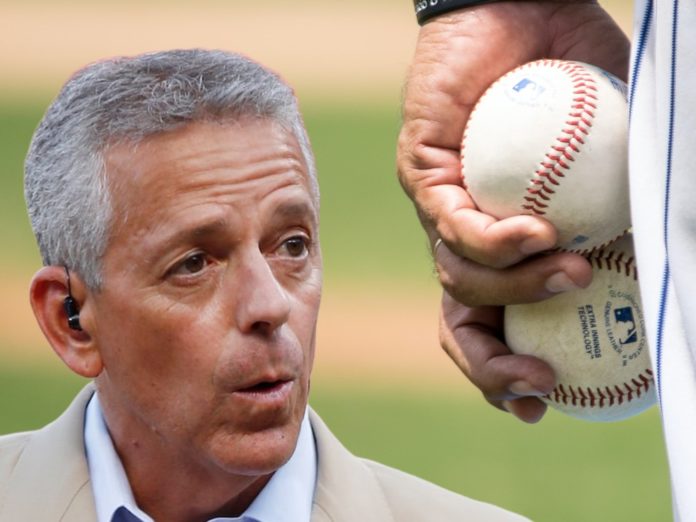 A broadcaster for the Cincinnati Reds baseball team has apologised for using a homophobic slur on a hot mic during a game against the Kansas City Royals.

Play-by-play baseball announcer Thom Brennaman could be heard saying on the Fox Sports Ohio broadcast, “One of the f*g capitals of the world,” before then resuming his on-air duties.

It’s unknown what led to that remark and the context behind it.

During the fifth innings, Brennaman acknowledged the comment and said he was “deeply ashamed of it.”

“If I have hurt anyone out there I can’t tell you how much I say from the bottom of my heart I am so very, very sorry,” he said.

Brennaman then briefly interrupted the apology to call a home run by Reds third baseman and right fielder Nicholas Castellanos.

“I don’t know if I’ll be putting on this headset again,” he continued.

The Reds released a statement, saying that the “organization is devastated by the horrific, homophobic remark.”

During the second game of the doubleheader, Brennaman “was pulled off the air, and effective immediately was suspended from doing Reds broadcasts,” the organization said in the statement.

The Reds also said they will address their broadcasting team in the coming days and apologized to the “LGBTQ+ community in Cincinnati, Kansas City, all across this country, and beyond.”

“The Reds embrace a zero-tolerance policy for bias or discrimination of any kind, and we are truly sorry to anyone who has been offended.”

Statement from FOX Sports Ohio:
The language that Thom Brennaman used this evening is hateful, offensive, and in no way reflects the values of FOX Sports Ohio. We agree with the @Reds decision to suspend him until further notice. https://t.co/kL966OW6Gt

Law Commission: “It’s Time The Law Caught up With The Reality...

Rapper DaBaby Claims HIV “Will Make You Die in Two to...