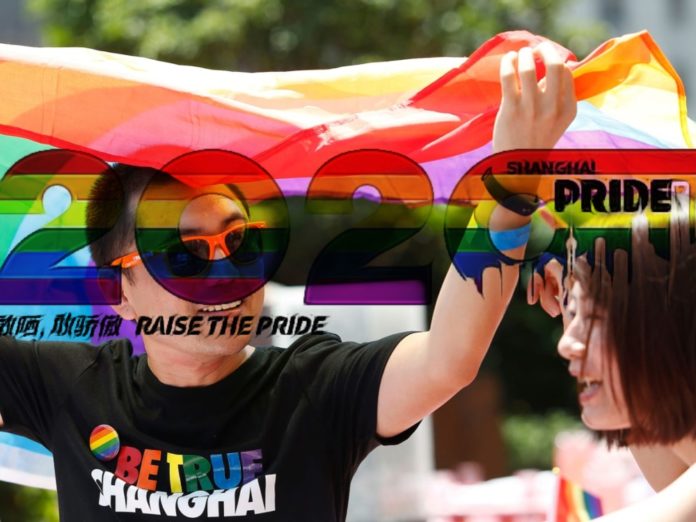 In a sign of the Chinese Government’s increasing clampdown on civil society and the LGBT community, China’s longest-running and most well-known Pride events have been unexpectantly shut down.

Organisers announced that Shanghai Pride would be suspending its work after 11 years without giving a reason via their Facebook page last week.

Titled “the end of the rainbow” the message read, “Shanghai Pride regrets to announce that we are cancelling all upcoming activities and taking a break from scheduling any future events.”

In a separate statement by co-founder Charlene Liu the volunteer commented that it was “to protect the safety of all involved.” 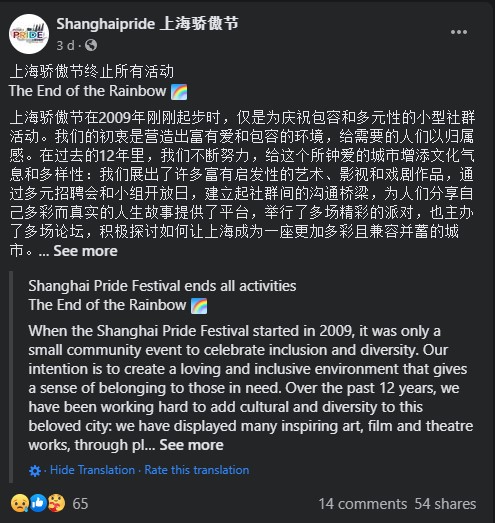 The statement was similar to the one that caused Mr Gay World from hosting their finale in 2019 and will also be on the minds of future events, including the Gay Games which are expected to be hosted in Hong Kong in 2022.

A person not associated with Shanghai Pride, but with knowledge of the situation, told CNN on Friday that the all-volunteer team had been facing mounting pressure from local authorities, to the point of where it was disrupting their day jobs and normal lives.

An anonymous activist who was fearful of being identified said, “The public gets to see the visible and impactful aspects of what we do, but they can’t imagine the difficulties we face behind the scenes – I think Shanghai Pride is no exception,” they said to CNN.

“With things becoming harder and riskier, laying low may let you survive for now. But the purpose of our job is to raise visibility and educate the public – that’s the dilemma.”

The inaugural Shanghai Pride took place in 2009 and was the first mass LGBTQ event in mainland China.

“Pride has a lot of different meanings for different people,” said the organisers. “For us, it has always been about showing our community that not only is there nothing wrong with who we are, but that our identities and the people that we love are worth celebrating.”

They added: “We love our community, and we are grateful for the experiences we’ve shared together. No matter what, we will always be proud – and you should be, too.”

While homosexuality is legal in China, the government’s recent actions increasingly suggest that it prefers that the LGBTQ community remains undercover.