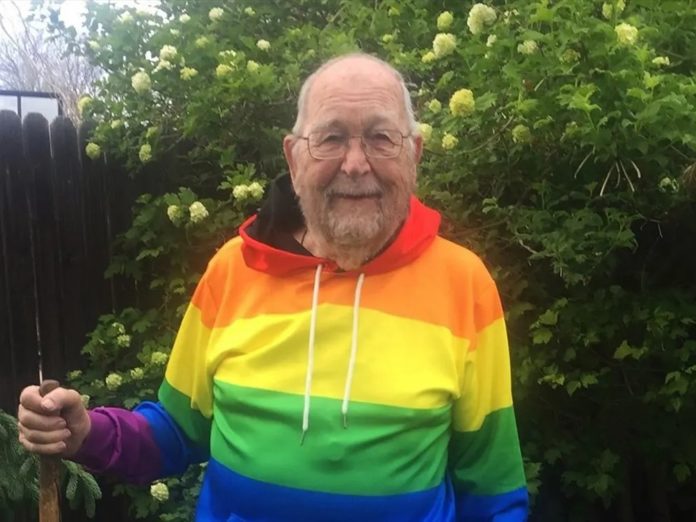 At the age of 90, Kenneth Felts decided it was time to reveal a secret.

The Colorado grandfather has decided to reveal his true self and come out as gay.

“I had been keeping this secret most of my life, and I had planned to take it to the grave,” he explained in an interview on the Today show.

The decision came about after Felts began writing a memoir while in quarantine, one that couldn’t be complete without revealing his sexual orientation.

The pair “were just happy with each other,” Felts said, looking back on their relationship now. “It was a void in my life that had suddenly been filled by another person who, apparently, had some of the same needs,” he said.

“And we just melted into each other.”

Felts, however, ended the relationship unable to reconcile his faith with this sexuality, ultimately marrying a woman, who he has subsequently divorced.

Sadly, Kenneth found out that Philip had died.

“That was a real blow to me,” Felts said through tears. “I’m sorry I didn’t have the chance to say goodbye.”

Felts takes comfort however in the news that he has inspired younger people to be themselves.

“A lot of them telling me that they’ve got more courage now to come out,” he said with a smile, also adding, “I’m out, I’m gay and I’m free.”