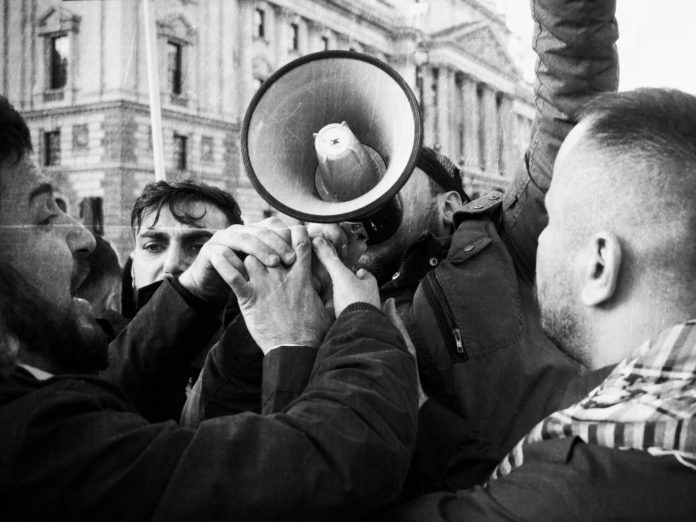 A disturbing report has highlighted the widespread oppression and discrimination faced by LGBT+ Syrians at the hands of both the government and ISIS.

Interviewing 40+ LGBT+ people, three heterosexual men, as well as various caseworkers and humanitarian organisation representatives, the Human Rights Watch report found that LGBT+ citizens are being subjected to extreme acts of brutality and discrimination in Syria.

The 77-page report, which was published on Wednesday, July 29 highlighted the disturbing range of oppression and cruelty forced against LGBT+ civilians by not only ISIS militants, but by government officials and non-state armed groups.

With instances of Mutilation that included mops inserted anally, electric shock, physical beatings, the burning of genitals, rape, and forced nudity where only some of the disgusting acts that have been inflicted o LGBT+ people in Syria – even within the walls of state prisons, checkpoints and detention centres.

“They rape you just to see you suffering, shouting,” said Yousef, a 28-year-old gay man.

“To see you are humiliated. This is what they like to see,” explained a trans woman, as she described the horrifying moment when ISIS militants threw her gay friend from a high-rise rooftop to his death.

The paper’s authors add that “Individuals who are seen to fall short of dominant masculine ideals, including by exhibiting traits or behaviours that are typically viewed as feminine, are perceived as weak and hence vulnerable to abuse.”

The report also found that such acts of mutilation, rape, and abuse occurring on boys as young as 11 was commonplace.

The report further highlights the need for nations around the world to welcome LGBT+ refugees from the region who have endured such abuse against a backdrop of a nine-year-long war.