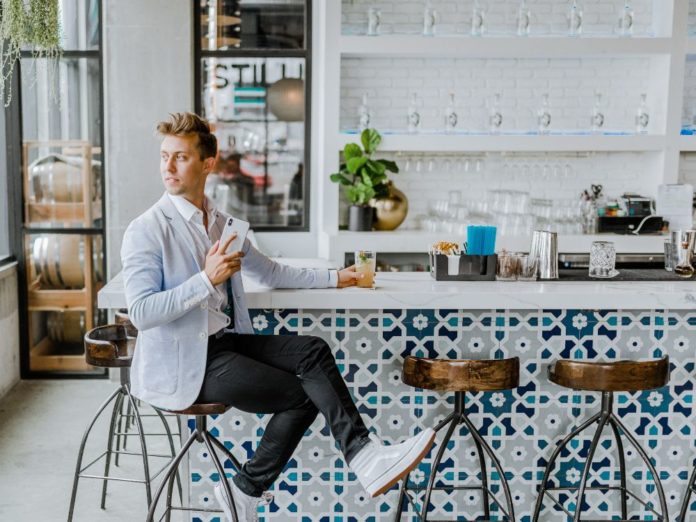 These days there are so many different ways of contacting and interacting with people online. Our phones are a gateway to a world people. People we’d never probably get to meet in person or people we are yet to meet. It’s exciting and sometimes, just sometimes, it can get pretty kinky. I think it’s safe to generalize here… that we’ve all slid into someone’s DM’s or had it done to us. And what becomes of that initial ‘reach out’ could become a good ol ‘reach around’. In a world where we are so easily accessible, where do we draw the line on who can access us?

I mean it’s all fun and games and meaningless when you’re single. But what about if you’re in a relationship? I had a guy block me on Instagram because our ‘chats’ started affecting his relationship with his boyfriend. Another guy wanted to make sure our chats were just between the two of us. I never really thought much of it at the time, probably because I was single and it was fulfilling my need for some sort of validation. But now I have a boyfriend of my own, I understand why that guy blocked me. In a way, our relationship was becoming illicit, even though we had never met in person.

When you’re in a relationship, what are the lines between cheating minds and cheating bodies? And where do we draw them? Is it ok to like another hot guy’s pics? Is it ok to follow thirsty grams? There’s nothing wrong with a disappearing dick pic is there? “It was just a video wank! I mean, we didn’t actually meet…”

I dated this guy a few years back who was following all these random men and liking all their thirsty pics – you know the ones. Some were quite artistic and some were just damn tacky (as if the ones with the inspirational quote attached somehow veiled what the picture what mean to achieve)! And I’ll admit it – it made me feel uncomfortable. For me, if the guy I’m seeing is messaging, or sending pics, or connecting emotionally with another guy, I would not be happy.

I know for some others – it’s not a problem at all, and I can hear them telling me to get over it!

Obviously, we are all different and we all have different parameters on what’s ok and what’s not. There’s no right or wrong here. And there is absolutely no judgement from my end. But I think it’s something worth bringing to light as our phones and social media are a big part of our daily consumption. What you’re consuming when you’re single, should be different from what you’re consuming when you’re in a relationship. If you’re doing something you know or think your partner wouldn’t be happy or comfortable with – don’t do it. And if you’re finding that you are tempted, it might be time to ask yourself some questions.

I believe the answer is transparency, communication and respect. Talk, discuss and listen. As I said, there’s no right or wrong. You just gotta do what’s right for you, boo.