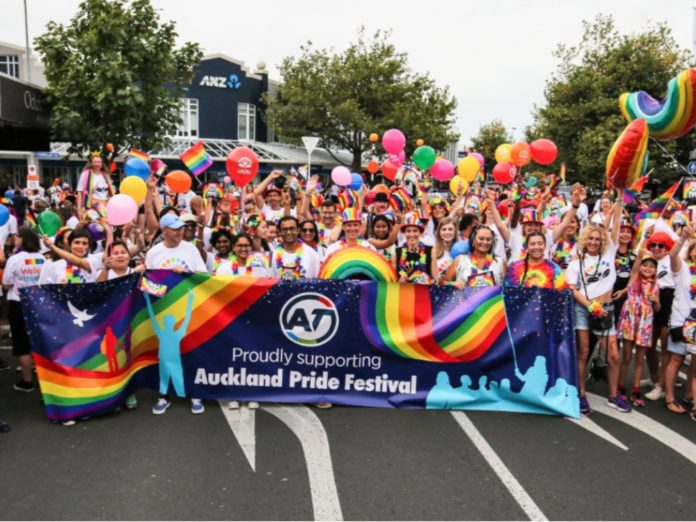 Auckland Transport (AT) has undergone a transformation to a more inclusive and highly-engaged workplace.

There is a clear business case that shows employers who actively encourage a more diverse and inclusive workplace are more likely to attract high-quality applicants, retain their people and boost productivity.

Helping to underpin this change has been AT’s genuine commitment to its Rainbow employees. The organisation recently celebrated its second Rainbow Tick accreditation – the certification process that tests whether a workplace understands and welcomes sexual and gender diversity.

Senior communications professional, Paul Patton, has led AT’s Diversity and Inclusion Leadership Team since its inception in 2017 and feels the business has not only fully embraced rainbow colleagues but has made huge strides in reaching out to the wider community.

“The support and encouragement we’ve had from day one from our chief executive, Shane Ellison, has been incredible,” Paul says.

“From taking part in Auckland Pride events, creating a rainbow-themed bus, transforming Britomart Station during Pride month, through to decorating our HQ building with imagery that celebrates our diversity. I’m genuinely proud of all the things we’ve done to show our support for our rainbow colleagues.”

But the change runs much deeper than just colourful activations.

The transport agency has diligently reviewed and changed employment policies to ensure they are equitable and non-discriminatory. Managers are also actively encouraged to attend workshops run by the NZ Rainbow Tick Foundation – where they can learn more about the rainbow community, sexual orientation and gender identity. This has meant staff have sometimes found themselves confronting their own deep-rooted prejudices.

Julie Watson from Rainbow Tick helped guide AT along its transformative journey and manages the on-going internal Rainbow workshops. Julie has seen positive changes and has been astounded by the genuine enthusiasm to create lasting change.

“AT has been striving to create a large, diverse and multi-faceted organisation – a place where LGBTTQIA+ people can bring their authentic selves to work. AT has committed to providing education sessions (even during lockdown) and the people who attended were highly-engaged and questioned with intelligence and a genuine desire to upskill themselves.”

For AT communications staff member, John Nottage, it’s important for the organisation to understand the people they serve. “Auckland is a beautiful, vibrant and diverse city. We’re proud that our people reflect who Aucklanders are, so we can better understand the needs of our customers,” he says.

Chief Executive, Shane Ellison, has been a key supporter of AT’s commitment to fully weave diversity and inclusion into the fabric of AT. He joined his colleagues to march in the organisation’s first Auckland Pride event. “I’m incredibly proud to lead an organisation that values sexual and gender diversity – a place where