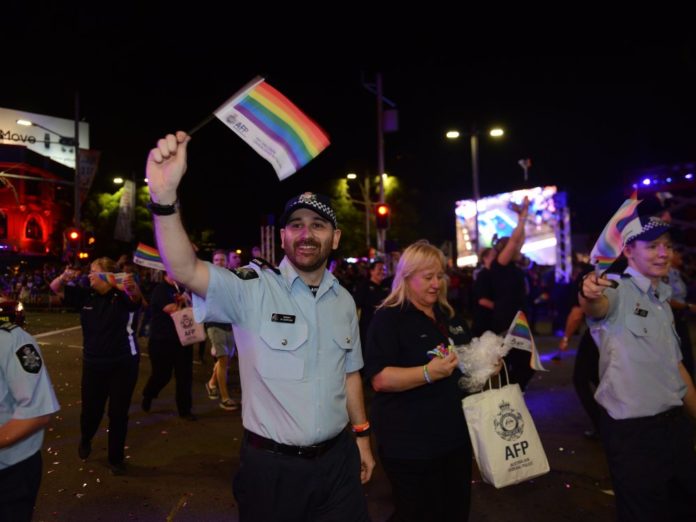 Sydney Gay and Lesbian Mardi Gras have voted to allow police to continue to participate in future parades.

The vote was held at the organisation’s annual general meeting and a motion to ban both the New South Wales police and the Liberal Party from participating were put forward by Pride in Protest, ABC News reports.

The motion was defeated with 327 members voting in support of keeping police and correctional services, with 261 voting to ban them.

Another motion to condemn the police for Indigenous deaths in custody and call on Governments to ultimately abolish police and prisons also failed 321 votes to 180.

In a statement, Mardi Gras praised the vote and said that excluding groups or individuals who are LGBTIQ+ based on their career, association, political affiliation does not align with their objective of inclusion.

A motion to ban the Liberal Party and Prime Minister Scott Morrison and NSW Premier Gladys Berejiklian from attending the event also failed, 324 votes to 169.

The NSW police have participated in every parade since 1998.