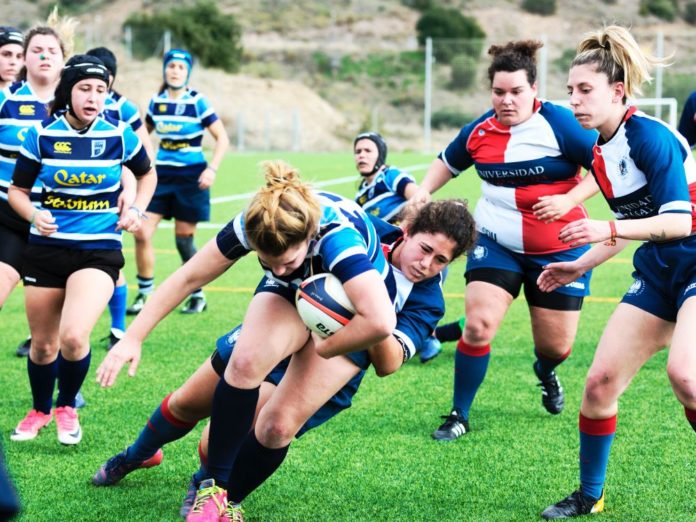 Recent rulings by World Rugby and the British High Court are keeping trans-women excluded from professional sports. Judy Virago believes it is time we stopped categorising people simply by gender and create fairer rules and greater inclusion for athletes.

I hated getting up early on the weekend. I was a kid who liked to sleep in and read a book. So you can imagine my severe lack of enthusiasm when it came to getting up at 7am on a Saturday to play rugby as a child.

They recommend that only transgender women who medically transition before puberty be allowed to participate in elite levels of rugby. For transgender women who medically transition after puberty (or not at all) the lingering effects of testosterone are deemed too great a risk to the safety of other female players, in a sport renowned for its high rates of injury. (An ACC study from 2020 found that overall, the relative claim rate for rugby-related injury of female players was 0.57 times that of male players.)

This decision was shortly followed by a UK High Court ruling that people under 16 cannot legally consent to gender-affirming healthcare interventions, so they have no choice but to suffer through puberty.

These announcements taken together effectively eliminate the possibility of a transgender woman who grows up in the UK from competing in elite rugby entirely.

As someone who didn’t feel safe to play many sports as a young queer person, the irony of being considered “unsafe” to other players is not lost on me. Most of the sports-playing transgender women I know these days live a stealth lifestyle for their own safety.

Some push for the inclusion and participation of intersex and transgender players in international sporting events. I believe it’s time to really question the meaning of gender division in sports altogether.   The existence of trans and intersex people problematises division by sex – and challenges us to question our assumptions about the physiological differences between all sexes and genders.

The difference between men’s and women’s performance is dependent on more than just physical traits and training. Technological advances in training techniques and sports attire have assisted athletes in improving their records and the differences between sex-differentiated performance is, for some sports, dramatically decreasing.

The arbitrary sex testing practices of the 20th century Olympics showed us that sex division is tenuous at best. If we accept that there are significant physical variations across the sex spectrum, the division of athletes by sex or gender seems considerably less important than division by traits such as height or weight.

The exclusion of intersex people isn’t that much different from the exclusion of a cisgender person with a different genetic variation that gives them other physical traits, desirable for competition in sport.

Marfan’s syndrome is one such variation – it’s a connective tissue disorder that causes people to develop longer than average limbs, grow to taller than average heights and have greater joint flexibility.

Flo Hyman, silver medal Olympian for Volleyball in 1984, and Michael Phelps, gold medallist in swimming at the Beijing Olympics 2008, both live(d) with this disorder.

Should these athletes have been excluded from competing because they were born with a condition that caused them to develop physical attributes desirable for their sports of choice?

No strong evidence base currently exists to validate the total exclusion of transgender or intersex sportspeople from competing in their identified gender class.  Further research into the performance of actual transgender sports players is required for a firm evidence base to support any future policy developments.

I propose we move towards offering more ‘mixed’ streams for sports, with competition lines based on physical attributes such as weight, height and size, as we already see in many sports. The way forward requires that we recognise the variety that exists within all sexes and genders; those made, born or forced to conform.

Come on Rugby, give me something to wake up early for.

Judy Virago is an educator, showgirl, the Chair if the OuterSpaces Trust and was on the organising committee for the Asia-Pacific Outgames when they were held in Wellington in 2011.