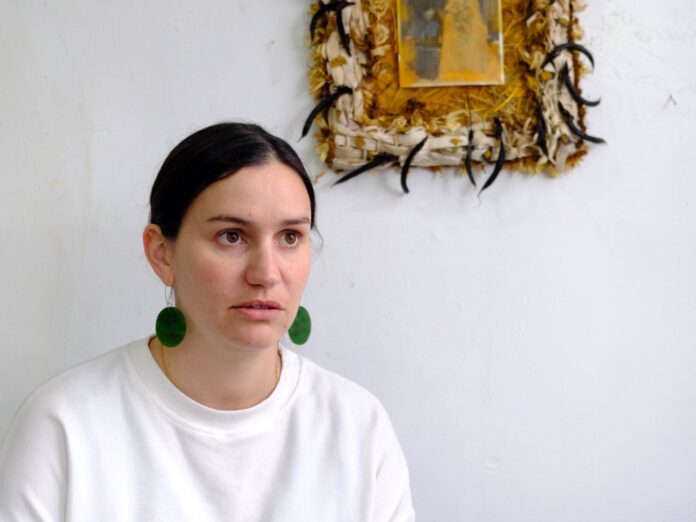 Ahead of their talk at the NZ Young Writer’s Festival (28 – 31 October, Dunedin) Hana Pera Aoake (they/them) discusses gender from a Māori perspective.

As Maaori we oscillate constantly between worlds: matauranga Maaori and matauranga Paakehaa. I was once told that it’s not a burden but a gift: a way of being able to walk through multiple worlds at once. This way of being is what Martiniquan philosopher Édouard Glissant described as opacity, or rather, the right to demand opacity. Opacity is an ethical stance against imperial domination. According to Zoé Samudzi, this right to opacity stands for a place where we aren’t forced or compelled to make people’s identities legible. Instead, we embrace differences or complications without being tied to any form of hierarchy. We reject Western modes of understanding as the only way of being. Through this right to opacity, this ability to oscillate between spaces and worlds, we can reject the over-simplification of the diversity of Maaori. As Rangimarie Mihomiho Rose Pere writes, our ‘lives and institutions were far from static and consistent before the arrival of the Paakehaa, and have certainly not been so since.’

The question I hate the most about this baby I am carrying is: ‘Do you know what you’re having?’ followed by ‘Don’t you want to know if it’s a girl or a boy?’

I usually answer: ‘I’m having a baby.’

Given all the waterways convulsing inside me, it seems like a stupid series of questions. My baby is more than a singular coded gender. It is many rivers, lakes, oceans and glacial mountains. As Annie Mikaere writes, the gender binary was enforced upon us through colonisation; there was no pre-colonial hierarchy of the sexes in the labour we performed, or even in te reo Maaori, as both the personal pronouns (ia) and possessive personal pronouns (tana/tona) are gender-neutral.

I often think of Paul B Preciado’s An apartment in Uranus, where he wrote: ‘I am not a man I am not a woman I am not a heterosexual I am not homosexual I am not bisexual. I am a dissident of the sex-gender system. I am the multiplicity of the cosmos trapped in a binary political and epistemological system, shouting in front of you.’ How can bodies be defined in such arbitrary terms like ‘boy’ or ‘girl’? A body is disobedient; it is a river flowing backwards and splitting off in many directions. Just as my body is not one singular being, so is this baby swimming in Wainuiatea inside my womb.

It feels strange – sometimes a heavy burden – to bring a child into this world during a time of perpetual crises. At the same time, hope for what the future might bring, and the work we must do to protect that future, is enough to make these anxieties feel superfluous. This baby will be birthed in water, protected by water.

Hana Pera Aoake (Ngaati Hinerangi me Ngaati Raukawa, Ngaati Mahuta, Tainui/Waikato, Ngaati Waewae, Ngaati Wairangi, Waitaha, Kaati Mamoe) is an artist and writer based in Te Rotopaateke, Ōtepoti/Dunedin. Hana will be speaking at Playing with the Trouble: Writing Gender and the Body, where they bring their perspective on our flawed perspectives of gender. Their Māori ancestors talk about community living in pre-colonial times but today a pregnant Aoake faces daily reminders of society’s binary views when people ask the gender of their baby. They will also be part of Getting Our Feet Wet: Storytelling for Sea-Level Rise, talking about the human impact of climate change from an indigenous perspective (such as the returning of damaged resources to Māori) and a global perspective (climate change refugees), all happening as part of the New Zealand Young Writers Festival in Dunedin. youngwriters.nz.