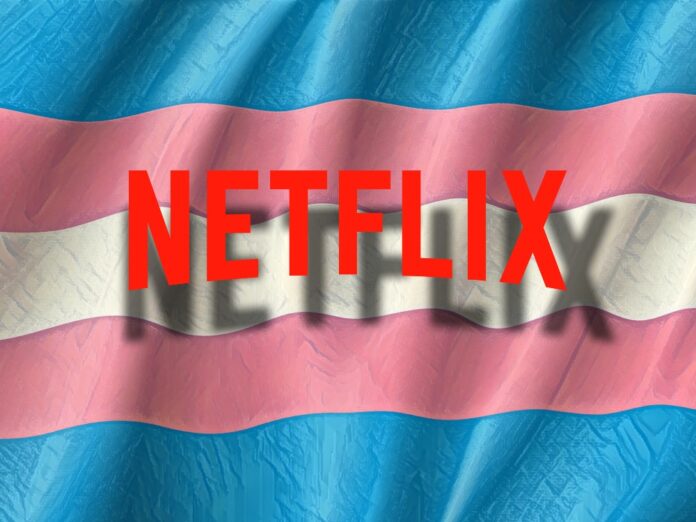 Terra Field – a trans senior software engineer at Netflix, has been “suspended” by the streaming giant after they spoke out against Dave Chappelle’s new special, The Closer.

Dave Chappelle’s The Closer Netflix special has caused widespread controversy, with thousands calling for it to be removed from the platform.

The Netflix special, which premiered on October 5, includes the comedian discussing his friendship with Daphne Dorman (a trans comedian who died by suicide in 2019), making explicit jokes about trans women, defending DaBaby and JK Rowling, and describing himself as “Team TERF.”

Following the show’s premiere, Field took to Twitter to hit out at the special, a tweet and thread that has since gone viral with over 45,000 likes.
“I work at Netflix. Yesterday we launched another Chappelle special where he attacks the trans community and the very validity of transness,” she explained.
“All while trying to pit us against other marginalised groups. You’re going to hear a lot of talk about ‘offence’. “We are not offended.”

I work at @netflix. Yesterday we launched another Chappelle special where he attacks the trans community, and the very validity of transness – all while trying to pit us against other marginalized groups. You’re going to hear a lot of talk about “offense”.

We are not offended 🧵

“What we object to is the harm that content like this does to the trans community (especially trans people of colour) and very specifically Black trans women… Promoting TERF ideology (which is what we did by giving it a platform yesterday) directly harms trans people; it is not some neutral act,” she continued.

“So who does this harm? Why don’t we go over the list of some people from the US who aren’t offended by Dave Chappelle’s special.”

Field also listed 38 trans people who had been murdered in the United States this year, who she adds were “not offended” by the special.

“These are the people that a callous disregard for the lives of trans people by our society have taken from us, and they all deserved better.”

“That these 38 people died for the crime of being themselves? That actually *does* offend me.”

According to The Verge, following her Tweets, Field was “suspended along with two other employees for trying to attend a director-level meeting they weren’t invited to.”

“It is absolutely untrue to say that we have suspended any employee for tweeting about this show. Our employees are encouraged to disagree openly, and we support their right to do so,” Netflix told the publication in a statement.

Additionally, The Verge has also reported that Netflix co-CEO Ted Sarandos explained to the publication in an interview that he was aware how controversial the show would be; however, refused to remove it.

“It never feels good when people are hurting, especially our colleagues”, Sarandos said before adding that Netflix staff should “be aware that some talent may join third parties in asking us to remove the show in the coming days, which we are not going to do.”

Sarandos also explained that the company supports the “creative freedom” of its talent, “even though this means there will always be content on Netflix some people believe is harmful.”

“We don’t allow titles on Netflix that are designed to incite hate or violence, and we don’t believe The Closer crosses that line,” Sarandos concluded.