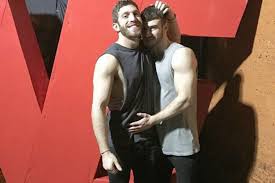 The bad publicity just keeps on coming for Uber.

A gay couple were allegedly asked to leave a Uber taxi in London after the driver saw the pair kissing.

Corey Watts and his boyfriend Jordan Sloan got into a Uber taxi at Covent Garden in London at 8pm but were thrown out just minutes later after they kissed.

Sloan, 23, told The Mirror he attempted to have a conversation with the driver asking why he was kicking them out of the cab. He said:

“I wanted to find out what his problem was and just have a conversation with him but he just told us to get out of the cab again.

“We opened an investigation from the moment we learned of this unacceptable incident and have been in contact with the rider to extend our sincere apologies and get further information.

“The driver concerned has been suspended from the Uber platform.”