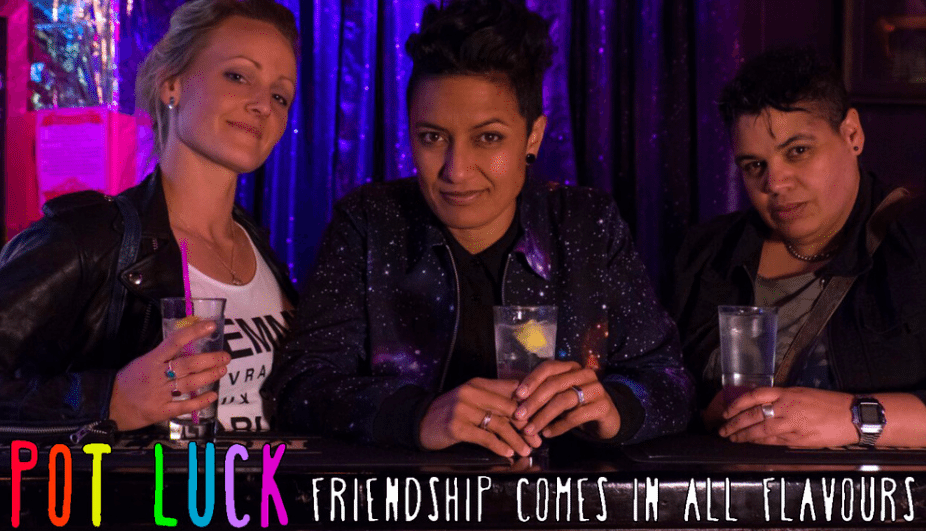 The independently produced web series follows the lives of three Wellington based lesbians who come together once a week for a pot luck dinner. In the first six episodes, the show has already offered a hilarious and drama filled look into aspects of being a lesbian in New Zealand.

Writer and director, Ness Simons, decided she wanted to make a web-series for her next project. She found herself thinking of the many pot luck dinners she’s been to over the years, and the scores of characters and stories she could mine from such an occasion. With a focus on telling stories that include LGBT+ characters Ness, is loving the process of bringing this comedy web-series to life.

The series explores the lives of three lesbians. Debs is struggling with intimacy issues and is forced out of her comfort zone by her friend, Mel. Actress Anji Kreft says that she wanted to “show the ‘soft’ side of this butch lesbian. We don’t often see that side of butch lesbians portrayed on screen, and definitely not in Aotearoa.”

Mel, the womanizer played by Supercity’s Nikki Si’ulepa, must spend more time contemplating herself, rather than the inner thighs of her multiple lovers when a bet is put to her to stay celibate.

Last, there is Beth, played by Tess Jamieson-Karaha, who is encouraged to finally come out to her mother (and neighbour).

A uniquely told story, it is no surprise that TVNZ were quick to snap up this gem! Not only is the production value top notch, but the three main actresses are punching well above their weight.

Jump onto TVNZ on Demand to watch the first series of Pot Luck.