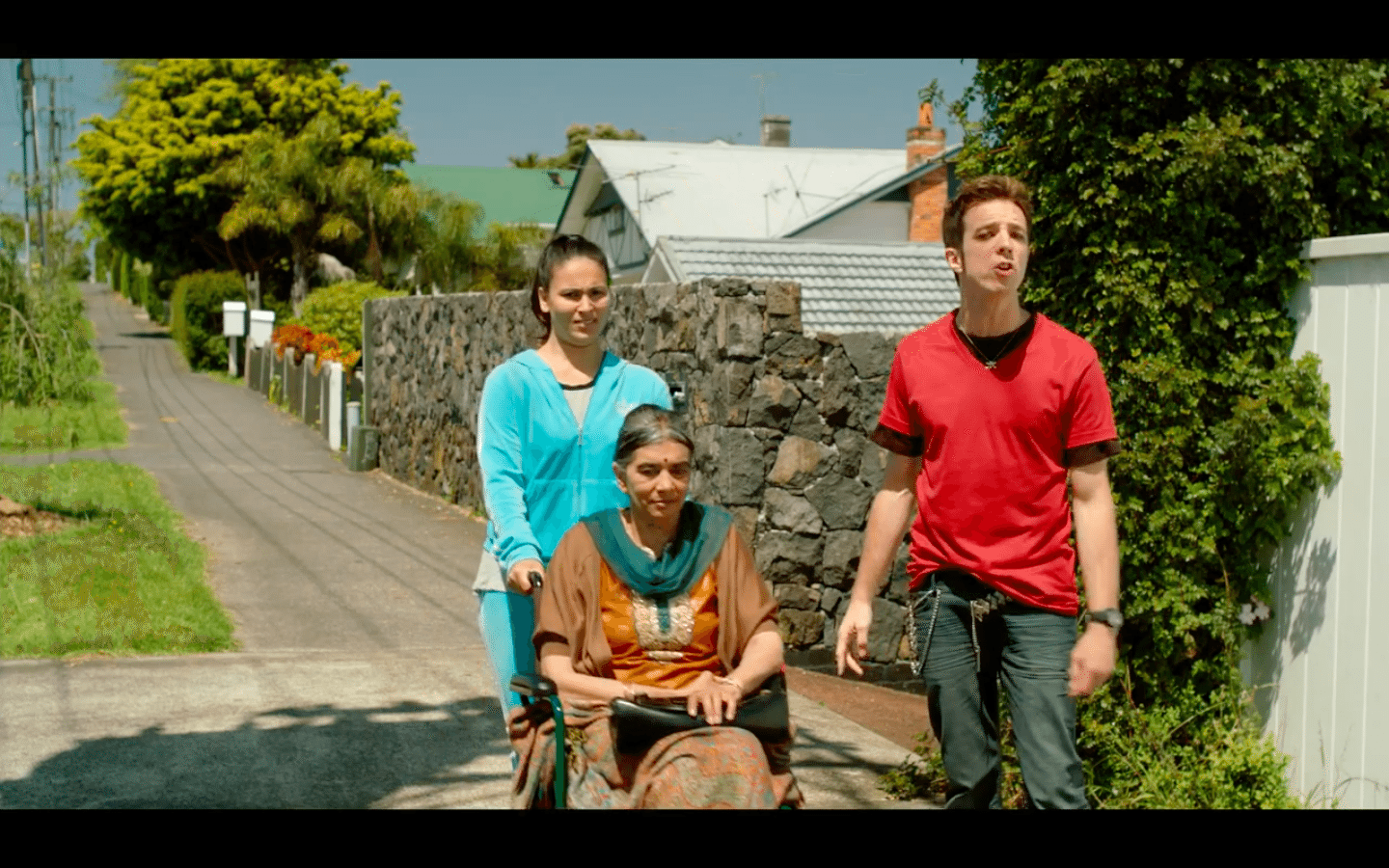 When I was first invited to the media screening of Stars in Her Eyes, I was rather sceptical: sure, there were some recognisable names, but some of the leads had no major credits to their name, plus it was filmed by students at Unitec. It wasn’t at all what I expected: it was definitely suited for the big screen, the dialogue wasn’t awkward, and the actors themselves put on sellable performances (although I can never take films too seriously when everyone speaks with strong Kiwi accents).

A decided rom-com, Stars in Her Eyes follows the love-life tribulations of Anousha (Leila Alexander), a woman who lives at home caring for her mother (who just had a stroke), while also writing a cheesy online astrology column. In typical rom-com style, she falls deeply in love with a stranger she sees in the park, and then pursues him.

What interested me more, from both the point of view of writing for an LGBT+ magazine, and also from my own personal interest in secondary storylines, was the romance that blossomed between Anousha’s next-door neighbour and GBF, ‘Gay Jay’ (Eli Matthewson), and her brother, Sanj (Colin Mathura-Jeffree).

Athina Tsoulis, director and writer, made Jay a goth-like character, and also had him play all the stereotypical ‘gay’ characteristics – he’s camp, he’s the sidekick for Anousha’s trials of the heart, and he’s a slut. Now, it’s not that these people don’t exist, and it’s not that I’m against these people behaving in this way at all, but I am getting sick and tire of still seeing this stereotype being perpetuated on screen.

On the other hand, the other gay character was Sanj, a New Zealand cricket star. Watching Mathura-Jeffree butch it up for the camera was mildly funny (the audience at the screening were in stitches), and the storyline of him running from the press who found out he’s in a production of Rocky Horror is also entertaining, but it also did continue that theme that you had to be flamboyant in some way in order to be gay.

The romance storyline between the two is sweet, albeit rather over-told and cliché. Though what we should remember is that this rom-com is based upon those of Bollywood and this does detract my criticism of how this storyline was handled.

What I did really enjoy was Anousha’s storyline where she grows as a person, and a woman, and learns to become independent. I can’t say much more without ruining the ending, but Tsoulis’s dedication “for audiences to see stories about women from non-European backgrounds whoa re bound by different cultural expectations” shows through. A thoroughly feminist film.

As an LGBT+ viewer, you’ll delight in the scene at Caluzzi, where escargot (snails) is served (I can’t actually recall any time an Auckland restaurant has even dared serve that), and your favourite drag queens make up the extras. And if you want to see either Matthewson or Mathura-Jeffree shirtless, you’ll get your chance as well.

As much as I’ve harped on about the portrayal of ‘gay’ life here, Stars in Her Eyes is a rather heartwarming film. Like I said at the beginning, it views as if it were a Hollywood production – just disregard all the Auckland landmarks and Nu Zeelund accents – so go and support the incredible Kiwi talent being produced here.

Stars in Her Eyes premieres 18 November at SKYCITY. Tickets are $15 for general admission, $50 for VIP and can be bought via Ticketek.