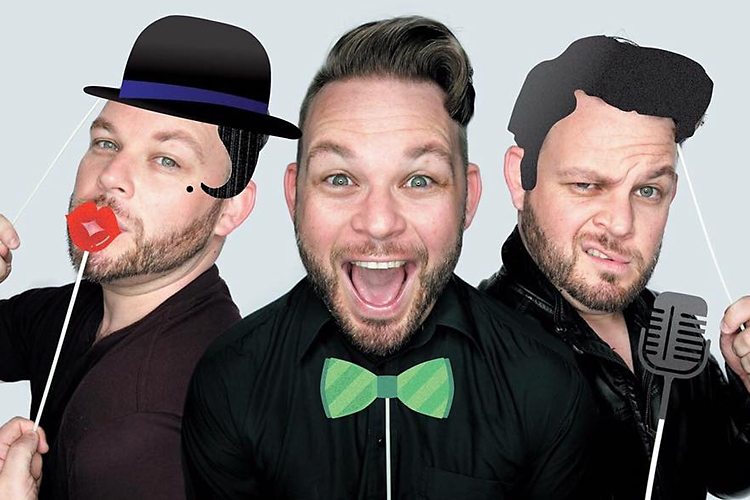 We talk to Jason Chasland about his one-man show running throughout the Auckland Pride Festival, IMPOSTAR.

Hi Jason, thanks for talking to us! Firstly, tell our readers a little about your upbringing.

I grew up in Carterton but then we moved to a farm when I was eight called Te Parae in the Wairarapa. I had a great childhood really – my two sisters and I were always really close. I was bullied at high school quite bad but I hid it from my parents.

What is your coming out story?

Well, my dad was a body-builder and a mechanic so I always had this fear and mentality that he would disown me when I eventually told him, but I was very blessed and fortunate to have the most-accepting parents. Ironically, the bully that would beat the shit out of me every week turned out to be my first kiss! The first time I realised I was gay, I was watching Labyrinth, and I was looking at Bowie in his tights and thinking “why do I feel this way?” I didn’t come out properly until I was about 21, but I had already talked to my parents about it when I was around 16.

Did you always want to be an actor?

No, not really. I actually thought I wanted to be a rugby player! I sang in the school productions but it wasn’t something I thought I could make a career out of. Eventually it became being either an All Black or a film star, and now I don’t want to be either!

Tell us the story behind IMPOSTAR.

Well, ‘impostor’ is an actual syndrome where the person feels inadequate and that they don’t deserve the praise or success that they have achieved. The director, Lyndee-Jane Rutherford, and I were working on another show together and I told her that I had this idea of doing 60 impressions but I didn’t know what to do with them. We eventually dwindled it down to around 30 as it would’ve been a nightmare to do 60 each night. Together we wrote stories around each character, and over the seasons, the show has evolved and flourished. We put the first season together in 10 days and it was kind of like a cabaret/skit show in Nelson. Next, we took it to Wellington for two more seasons and it became a fully-fledged show, gathering a narrative through it. Then we got invited to take it to Los Angeles and it developed again. Now, we have the fifth season produced by Brendan Talbot exclusively for Pride. Since then, I’ve done other little shows, but this is my baby. Even though, yes, the story is about me, I think because it is such a universal story, people feel like they can take something from their own lives out of it as it’s such a journey of self-discovery.

What’s the difference between impersonations and impressions?

Impersonations are completely replicating the original artist and being dressed in their costumes and wigs and makeup, whereas mine are impressions and so I use their mannerisms et cetera, but they are my interpretations of them.

What are some of your favourite impressions to perform?