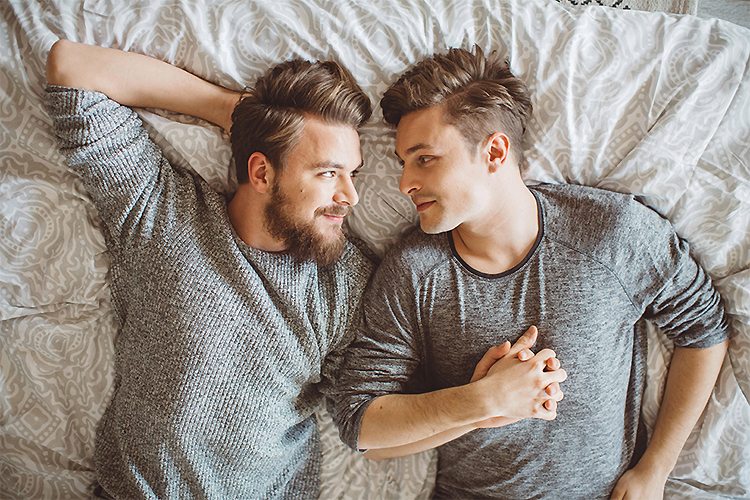 Sex – a word that is associated with so many things; excitement, passion, fun… but fear, stress and pressure?! Losing your virginity can be a bit of a headache.

For some, it’s as easy as an adventurous Year 11 camp, but for others, it’s more of a big deal. For those of you who are thinking about having sex for the first time or are in the early stages of bedroom yoga, then this article is for you.

As a drag queen fast-approaching 30, I am not new to the world of sex, but I wasn’t always like this. I grew up in a religious household where a lot of emphasis was placed on sex. This freaked me out! I wasn’t meant to have sex before marriage and it was treated as a huge deal. Now, a lot of you are thinking, ‘how intense to think of sex as such a big deal’ and now, I agree with you, but as a teenage religious boy struggling with his own sexuality, it was one thing to come out as gay, but an entirely different issue when dealing with what this meant about having sex.

This however, is where I have come to help you and give you some ask-your-aunty advice. The key thing to remember is that everyone is different and that they mature at different times/rates. I personally was a late bloomer and despite romping around being a typical sexually-infused drag performer, I didn’t actually lose my virginity till I was 23. Why? Because I hadn’t met a person that I was comfortable with, and was too focused on other areas of my life that I didn’t prioritise the time for a partner or to go out and meet people.

Now, here is the part that you need to pay close attention to, especially if you are a virgin and put a lot of emphasis on losing your virginity like I did. I had thought that sex was this wonderful connection between two people because that is what my family believed but the majority of people, especially in the gay world, don’t think like this. When I was ready to do it for the first time, I had a one-night stand with a gorgeous Canadian. After our rolling around came to an end, I naively assumed that he thought about sex the same as I did and therefore, had formed a special connection with me. How wrong I was! The next night, he was out on the prowl again for different guys.

Looking back with more wisdom, I realise how silly I was, but at the time I was left feeling very hurt. How could something so special to me be so insignificant to another? The reason? Everyone is different and he simply had a different view point to what I had. Had I realised this before I had sex with him, I wouldn’t have been so depressed over it all as I would have gone into it with the mindset of having fun.

Now that I’m older, I don’t hold the same views that I used to have about sex. Nowadays I realise that sex means different things to different people. It can be purely fun and drunken, or between two people who love each other very much – both are wonderful. So where do you go from here? First of all you relax. You will know when the time is right for you to lose your virginity and when you do, remember that not all people have the same views about sex as you do. If in doubt, talk to your sexual partner so that no matter what, you both feel satisfied with your sexual experience.