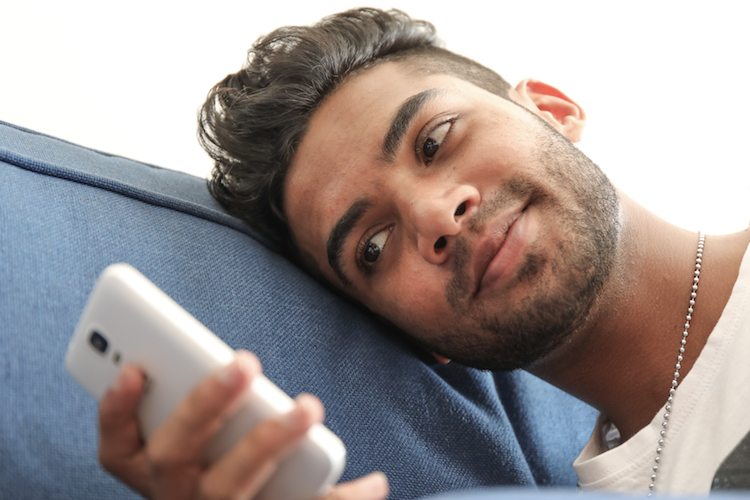 Tim Owen gives us an essential guide on using social/dating apps and helps analyse why they are popular and what you can expect to see.

“Why are you getting emails from SinglesAroundMe?”

Oops. Did I maybe forget to tell Ben that I am writing a piece on gay dating apps? It was 6 am on the morning after our 9th anniversary, and my phone alarm was squawking, which was when he picked it up to kill it. Not the best timing. Ironically, it was the onset of said anniversary, along with a dinner party the weekend before, that got me musing on the subject.

I don’t understand why, but most people are shocked, sometimes horrified, depending on their tendency to judge, to learn that Ben and I met online on a trusty old site called Gaydar. Often the incredulity comes with an expression you might make if you stumbled across Hugh Hefner planting his flag in Rosanne Bar. In your bed.

A not uncommon response is that there are so many psychos and freaks out there, how do you know you’re not chatting to one them? Well, that makes about as much sense as a porcupine with a lilo; if anything is going to sway this argument in my favour that is it; so what, you’d rather meet your psycho freak in the flesh in some dingy bar somewhere? I’m not knocking meeting people in a dingy bar; I’m just saying it’s irrational to be scared of online dating when you are far more likely to end up in Jiffy bags in someone’s freezer by actually being within their grasp.

The advantage (I can only think of one) of dingy bar dating is that guys can’t Photoshop their actual faces, unless they’ve been to Dr Ryan for some cut and paste. If that’s the case, it doesn’t matter if you meet online or in person because his face probably only has one expression anyway. If the bar is dingy enough, even this advantage disappears as just about anybody will be attractive in dim light after you’ve had enough drinks. If you’re sitting on your own couch searching for a mate online, your judgement is probably not going to be impaired by alcohol, and if it is, I hear AA meetings are also a good place to meet people.

Online dating has many advantages without any of the disadvantages. You can get a good feel for somebody just by looking at his profile because along with his picture, which admittedly you don’t know for sure is him, he should also have written something about himself in the blurb box. Or maybe he chose not to say anything about himself because he is keeping his options open rather than publicising the fact that he is horny and then finding out you are ugly and having to make excuses. I think a mistake a lot of people make is that they read the wrong information; they are naive enough to read the actual words and use them to judge the character.

No wonder nothing ever makes sense. You need to read what the guy is not telling you, or what his words might mean, kinda like the tedious hours you spent in high school trying to figure out what William Shakespeare was really going off about. How would you interpret his words when matched with his picture, are they in sync? I saw a profile with a blurb that read happy, funny, easy-go-lucky guy with a photo that looked like Charles Manson’s year-book picture.

Regardless of the app, the people using them can loosely be classified into four groups.

The biggest group is The Straight-ups – literally. These guys are looking for one thing, and they are looking for it now. Their profile heading might say “in town till Friday” which doesn’t necessarily mean he is leaving town on Friday, just that he has no interest in meeting your mother. Or your boyfriend.

The equivalent phrase in Shakespearian might go something like Hark! Be privy to my beauty by the hand of love, for Friday hence shall we consummate no more.

Except for the coded heading, this group never minces their words, and you always know exactly where you stand with them. Their blurb is usually short, as if it was typed quickly in-between letting one batch of guys out the back door before letting the next batch in the front, like “NSA now”. They seldom have a picture of their faces as a pretty face doesn’t seem to be a requirement of casual hook-ups, but most likely a photo of their torso or, and I find this a little odd, a leg. Legs are extremely popular subjects for profile pictures. On the more liberal apps, the camera may have wandered somewhere in the area between these two items.

Another group is The Anomalies. These are the ones whose blurb doesn’t make sense in relation to their photos, the most common of which is a picture of a tight torso with glistening pecs and a description that says looking for friends. Odd, I have never selected my friends based on the size or shininess of their pecs. One variation on this that I enjoyed said Looking for friends. Oh, and some NSA. Another profile acknowledged this group with the blurb If you’re looking for friends then go put on a T-shirt.

Then there’s The Hopefuls, my favourite bunch. They are the die-hard romantics who still believe in love, and are not embarrassed about where they look for it, whether it be on Grindr, or at the till in Countdown. These usually have a (young) smiling face pic, and a blurb that says things like I like strings attached. If you’ve just been through a nasty break-up, these profiles may cause vomiting.

The last clearly defined group is The Disenchanteds. Their pictures vary from face to torso to a pic of the ocean, and while their heading might be something bright like Hi there! their blurbs are notably without hope or enthusiasm. How about this one: Don’t expect any fun, I would rather be celibate than sleep with anybody on Grindr! Um, well, okay, what is that, some sort of reverse psychology thing? And I have to wonder what lead to the blurb I am NOT a human ATM!

There are various combinations of these groups, and of course, nothing is black and white; there are far more than 50 shades of gay. A profile that possibly overlaps The Hopefuls and The Disenchanteds is the one that said I’m a good catch, so just 2 things…. don’t be creepy, and please have a photo. Self-promotion is a very popular pastime, people acclaiming their own physical attributes or prowess as lovers, which is why I particularly enjoyed the one that read Shouldn’t somebody else say you are sexy?

I am fascinated by the number of profiles that have legs and torsos and sunsets and kittens and wonder whether the guys in them are nervous about being recognised by their wives, are visually abrasive, or are just embarrassed to be seen by anybody they know using these apps. Like the one that said We met at Starbucks, okay?

There is one last group, consisting of a single member that I am aware of; the guy running all these apps so he can gather enough material to throw together this article. And the main thing I learned for sure is that hardly anybody believes that apps like Grindr can be used for anything other than finding a shag. The profile I created stated that I am madly in love and am interested only in making new friends, which was met with numerous derisive responses. But the reality is that those responses say everything about the people who wrote them and nothing about me. You see, there’s a reason that The Hopefuls are my favourite bunch.