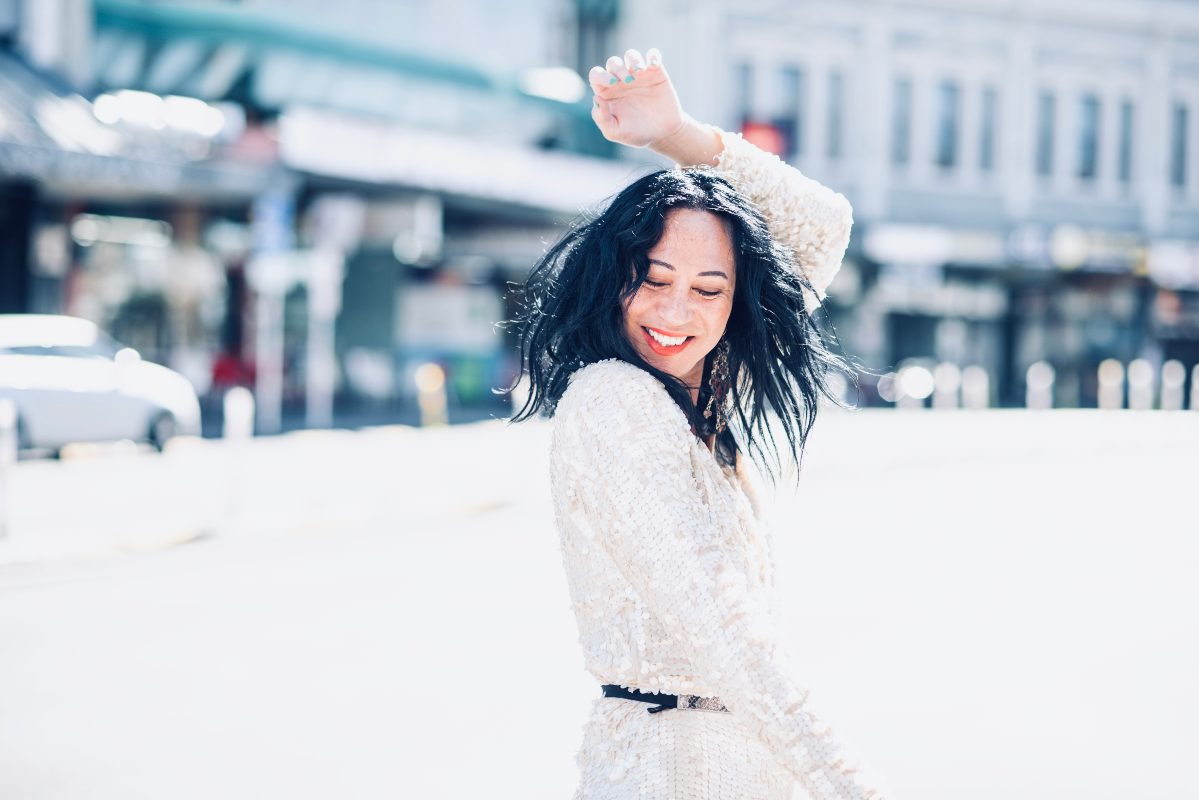 In 2017 Ramon Te Wake wrote an article for express called The Slut Door, an exploration of sexual power from the perspective of a 41-year-old trans woman discovering she could have intimate relationships with men, without expectation or regret and on her own terms. Two years later, she focuses on the men attracted to trans women and says it’s time to come out and love yourself and others freely.

For quite some time now, I’ve meandered on the spectrum, adept in my femininity, while bromancing my masculinity. The space in between had become home. I identify as trans-non-binary and I feel more in tune with my truth and bones then I ever have. But that is the gift of evolution. Even though, concepts around identity can confuse and rattle some people, owning your truth, is worth rattling. I say rattle hard and loud.

However, in reality, my rattle isn’t always met with acceptance. A lot of men still hold on to the belief that my body and my sexuality, is built to serve their desire, quench their fetish, fulfil their fantasy. I’m often seen as a secret. Yes, I have let myself be the very thing I know is not correct. Nobody want’s to be adored in a room lit by fire and dimmed by shame. Yet I have. Time after time I let your shame in and believed the lie, a lie we both relied on. A lie you needed. Maybe, so did I?

If I were to unpack it, seeking cohesive relationships are elusive. Not impossible, but not easy. And it really does mess with your resolve, especially after working so hard for it. It appears we’re not actively pursued as relationship worthy because the capacity to love us is one-dimensional. Bitch, we are a mother fuckin’ kaleidoscope of brilliance and proud of it. Still, you enforce your patriarchal stains on us that have absolutely nothing to do with our humanity but everything to do with you fearing who. You. Are.

To live our lives openly should be celebrated, not feared. Fear teaches you and the world that separation is the only way to have a connection with us, and separation perpetuates indifference and violence. Violence is used as acceptable ammunition. To strip us of our dignity and existence and it is deadly. Any human being with a pulse should know that this kind of injustice is not okay.

What is wrong with dating a trans woman? No scratch that, what is wrong with being in love? Period. Because at the end of the day, isn’t that what it is all about? Love. Teach your men to love themselves so they can return love with care and respect. Period.

TV star Malik Yoba recently ‘came out’ on his Insta post as a man attracted to trans woman. A response to a 20-year-old, man who took his life after being bullied for having relationships with trans women. Malik is a new breed, an example of what a brave man looks like. Saying to the world that this is who I am. A man with the courage to speak his truth and the willingness to face the prejudice head-on is the kind of man that needs to be seen. Because it is being seen that will change behaviour and save lives.

As for me … even through deadly curious and (cheeky eyes), dating is a work in progress.  Fact is I’d much rather collide and fall in love with a brave man, like the Malik’s of the world, who are the epitome of healthy masculinity, who don’t want to silence my glow and is happy in his own. But even then, as the pieces fall or build, one thing has become alarmingly clear. I’m ok being a single empowered human being happy to dip my toes in the dating scene, but always and I mean always … on my own terms.

THE CHANGING WAYS OF PROTECTING YOUR SEXUAL HEALTH

To Boldly Go, Where No Sam Has Gone Before

Art with a Heart