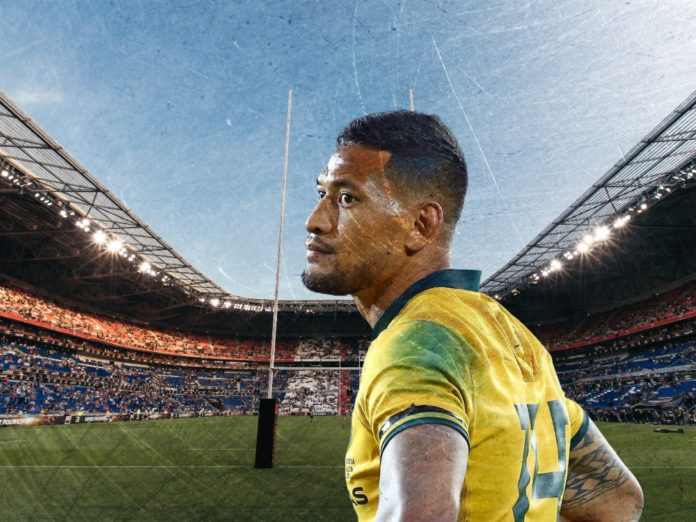 Speaking about the matter, Catalans Dragons Chairman Bernard Guasch claimed that the club wanted “to give Israel a new opportunity to shine on the pitch.”

Guasch also added that the club does not support or agree with Folau’s “previously expressed and controversial views which are based upon his sincerely held religious belief.”

“We do not believe that those views should be publicly expressed, especially by a high-profile sportsperson” and that “any transgression will trigger an immediate termination of Israel’s contract and a substantial fine for the club.”

Following the announcement, Folau has since indicated that he had, in fact, agreed to stop making homophobic statements publically in order to get the new signing.

“I’m a proud Christian, my beliefs are personal, my intention is not to hurt anyone and I will not be making further public comment about them. I look forward to my return to the great game of Rugby League with the Catalans Dragons.”

The ‘Pride Day’ game will see the club’s players wear rainbow socks and laces, and an invitation has been sent out for LGBTI+ groups to participate in the day.

“Here at Wigan Warriors we are committed to the core values of Inclusion and Respect,” said executive director, Kris Radlinski.

“Our community foundation have a long history of supporting local LGBTQ+ groups and initiatives, and we want everyone who engages with our game to feel welcome, valued and most of all, respected.”

Openly gay English prop Keegan Hirst also showed his disappointment in the signing posting on Twitter that he was “shocked and disappointed” before adding “Our great game is tasked with fighting against homophobia and standing up for the values it puts such high stock in.

“It shows none of the bravery, camaraderie or integrity @rfl [the governing Rugby Football League] expects from its players, staff and fans.”