Speaking to express as he departed his post last week, Mike Bush says he is pleased with the police’s positive and productive relationship with the Rainbow community.”

After six years as New Zealand’s Police Commissioner, Mike Bush is leaving the role pleased with the relationship the Police have with the rainbow community.

Bush says that under his watch, one of the core values of the police was “valuing diversity.”

“In line with this, the Police continue to have a positive and productive relationship with the Rainbow community,” Bush says.

The Police had come under fire during Bush’s tenure for their decision to move away from LGBT specific diversity training, however, a spokesperson for the Police tells express that this has now been replaced with a broader diversity framework.

“This new training programme has a “very strong focus on living the Police values daily — demonstrating Professionalism, Respect, Integrity, Commitment to Maori and the Treaty, Empathy and Valuing Diversity to all people in all communities,” the spokesperson says.

“We have a culture at the RNZPC which is extremely inclusive, and the recruits are presented with scenarios and role-plays that represent people in the LGBTQI community. Officers also receive training in working with members of the rainbow community as part of Tactical Communications training.”

Mr Bush leaves the role saying he is pleased with the relationship between the Police and the wider community, including LGBT Kiwis. “It is important that as a Police service we are reflective of our communities and I am proud that as an organisation we can and do celebrate the diversity and inclusion of our workforce and our community.”

Mike Bush leaves the role with praise from Prime Minister Jacinda Ardern who thanked Bush, particularly for his leadership during the 2019 Christchurch mosque attacks. 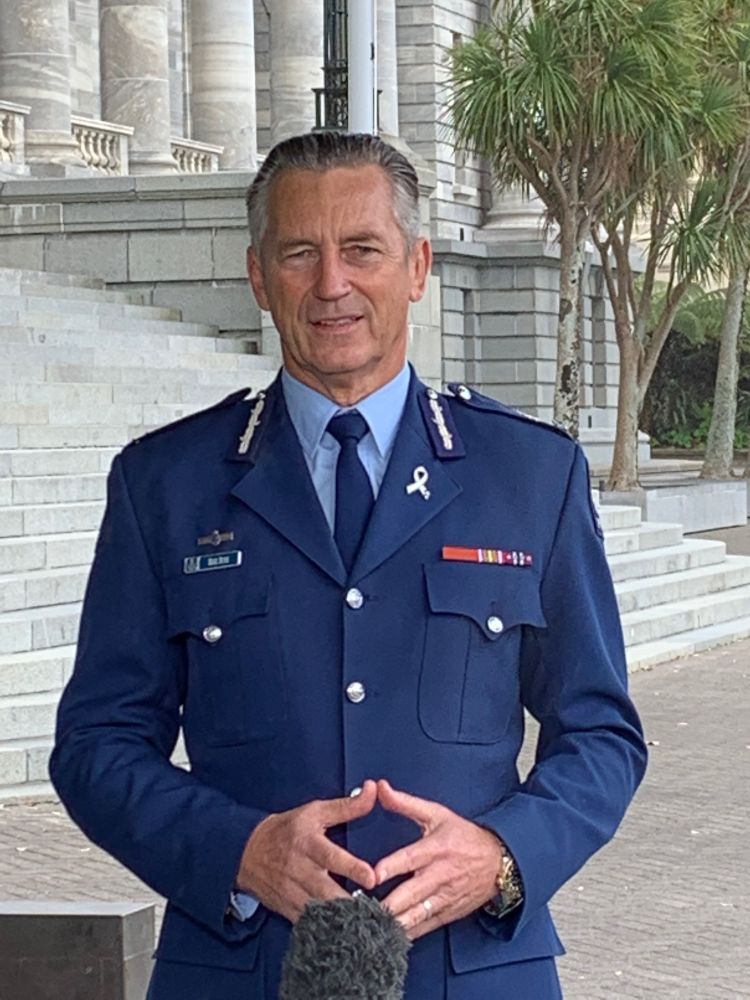