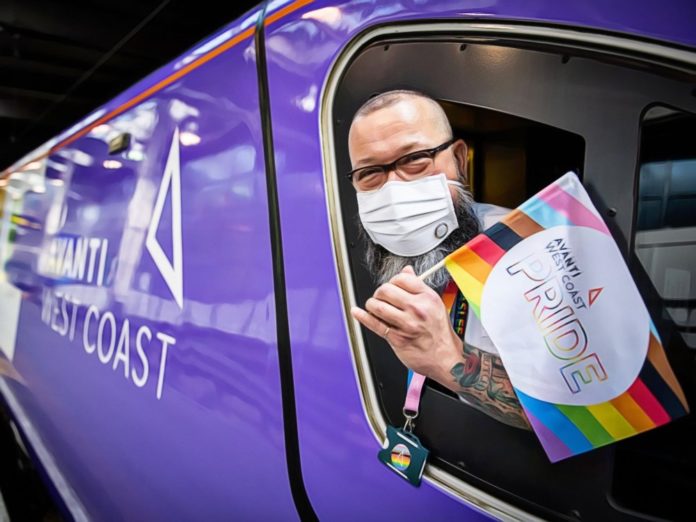 The first Pride Train staffed by an all LGBTQ+ crew has had its maiden journey today in the UK countryside.

Launched by train company Avanti West Coast, who run routes across the UK, have unveiled the train just two months after the end of Pride Month.

Its first voyage on Tuesday saw it travel from London’s Euston station to Manchester’s Piccadilly station and was emblazoned with “the biggest Pride flag the UK has seen”.

The 265 metre-long train is “filled with literature, stories and colourful posters and will feature Pride related information and fun facts during the onboard announcements” as well as having an all LGBTQ+ crew.

Train manager, Paul Austin, said the Pride Train and his role in the project is about being accepted for who he is and representing the LGBTQ+ community across our network.

“Being a part of the UK’s first all LGBTQ+ crew is a sign of the steps we’re taking towards a more inclusive, diverse and equal society and I am so proud to be involved today,” Austin said. 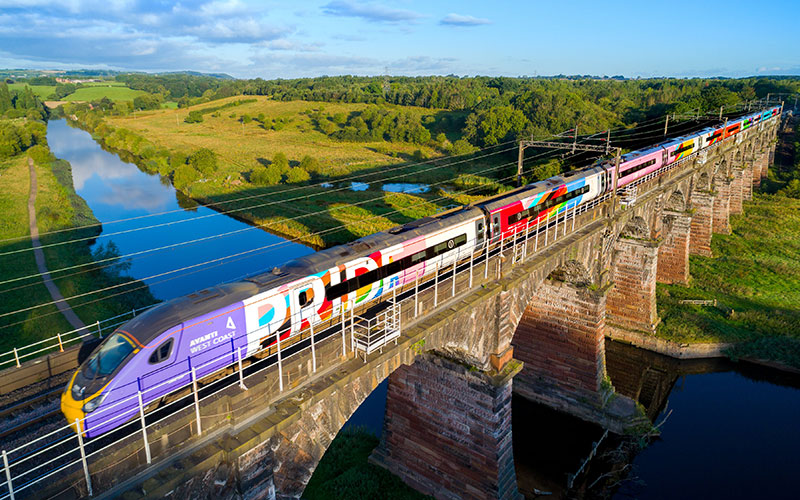 The paintwork incorporates all the colours of the progress Pride flag, including pink, blue and white for the transgender community, and black and brown to represent the Asian and ethnic minority population.

The train company said that while future crews will not be exclusively LGBTQ+, the multi-colour Pride flag will remain for the “foreseeable future”.

“It is a symbol of our commitment to diversity and inclusion as it travels up and down the West Coast Main Line,” Copley said.

“I am so proud to be a part of a business where our people represent the communities we serve.”

We are proud and excited to show off our colours as our Pride train officially launches. The train will be a permanent part of our fleet and is just the beginning of our commitment to diversity and inclusion ❤ #LiveProudhttps://t.co/q0gpxeoTcT pic.twitter.com/d3htezPSLt

The company is also running a competition asking members of the public to suggest a name for the new train.

You can put your own name suggestions here.