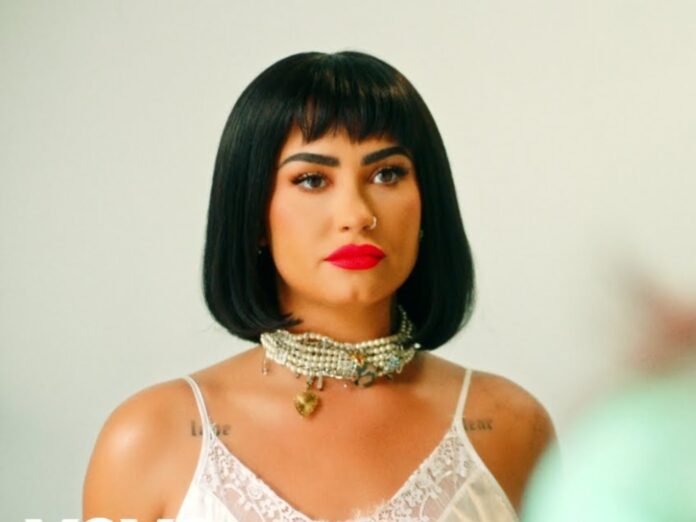 Lovato declared herself to be non-binary last year and began using ‘they/them’ pronouns which she said, “balanced [her] masculine and feminine energy.”

“When I was faced with the choice of walking into a bathroom and it said ‘women’ and ‘men,’ I didn’t feel like there was a bathroom for me because I didn’t feel necessarily like a woman,” Lovato told the Spout podcast.

“I didn’t feel like a man. I just felt like a human,” she continued, saying changing her preferred pronouns to “they/them” initially was, for her, “feeling human at your core.”

However, Lovato is now feeling “more feminine” so is using she/her pronouns once more.

“Recently, I’ve been feeling more feminine, and so I’ve adopted ‘she/her’ again,” she continued on the podcast. “But I think what’s important is, like, nobody’s perfect.”

“For me, I’m such a fluid person when it comes to my gender, my sexuality, my music,” she told host Tamara Dhia, explaining why she’d embraced ‘she/her’ again.