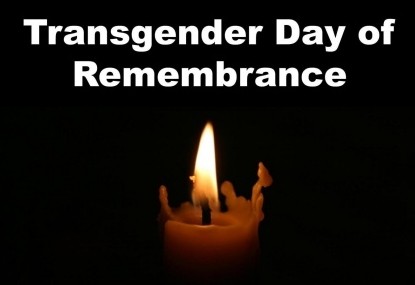 GenderBridge is hosting a Transgender Day of Remembrance service at Auckland’s St Mathew-in-the-city on Thursday 20 November at 7pm.

St Matthew’s in the city will be holding a Transgender Day of Rememberence next Thursday, hosted by GenderBridge next Thursday to mourn the deaths of 226 transgender victims of violence from around the world in the past year.

Transgender day of Remembrance, which occurs annually on 20 November is a day to memorialize those who have been killed as a result of transphobia.

The day was founded in 1998 by Gwendolyn Ann Smith, a trans rights activist, to memorialise Rita Hester who was brutally murdered as a result of transphobia in Allston, Massachusetts.

The International Day Against Homophobia and Transphobia (IDAHOT) 2014 update revealed that there was a total of 1,509 cases of reported killings of trans and gender queer  people from January 1st 2008 to March 31st 2014.